Ninja was a covert agent (but more like mercenary, really) in feudal Japan who have been depicted in numerous movies and TV series. On screens, ninja are often depicted as skilled, elusive, and stealthy force, who are often loaded with gadgets and does disappearing act. In some way, Batman is very similar to a ninja and therefore, it kind of make sense for Warner Bros. Japan to come up with an animated feature called Batman Ninja. Yep. That’s right. The Bat has gone Japanese. Though we are not sure if the Bat will be played by a Japanese version of Bruce Wayne, or it is just Wayne-san in medieval Japan, as a ninja.

Imagine Batman in a Batman/ninja hybrid getup and brandishing what? Katana? Throwing Bat-shuriken and dropping smoke bombs to elude the Joker? Nice. It will be interesting to see how this plays out. Apparently, a very short footage of this upcoming animated feature was screened at New York Comic-con earlier today. In the footage, feudal time Bat-ninja was seen facing off with same era Joker. According to io9, a bunch of other characters also made an appearance in the short footage – all dressed in era- and region appropriate getups.

I have not seen the footage, but I read that it was set in feudal Japan, but then something popped up that throws a person who have not watched the teaser into confusion. A Batmobile appeared. Wait, what? If I did not read it wrongly, Batman Ninja is supposed to be set in feudal Japan where automobile was non-existence? Odd. Or maybe it wasn’t at all. Perhaps, like Gotham, it was fantasy world where automobile does exist while folks are still wielding swords and daggers, and using blow darts. Now, I am super curious!

Can’t wait for DC and Warner Bros. Japan to post the footage online, so that folks like me who are thousands of miles away can have a look. In the mean time, here is the NYCC’s exclusive promotional poster for the feature. 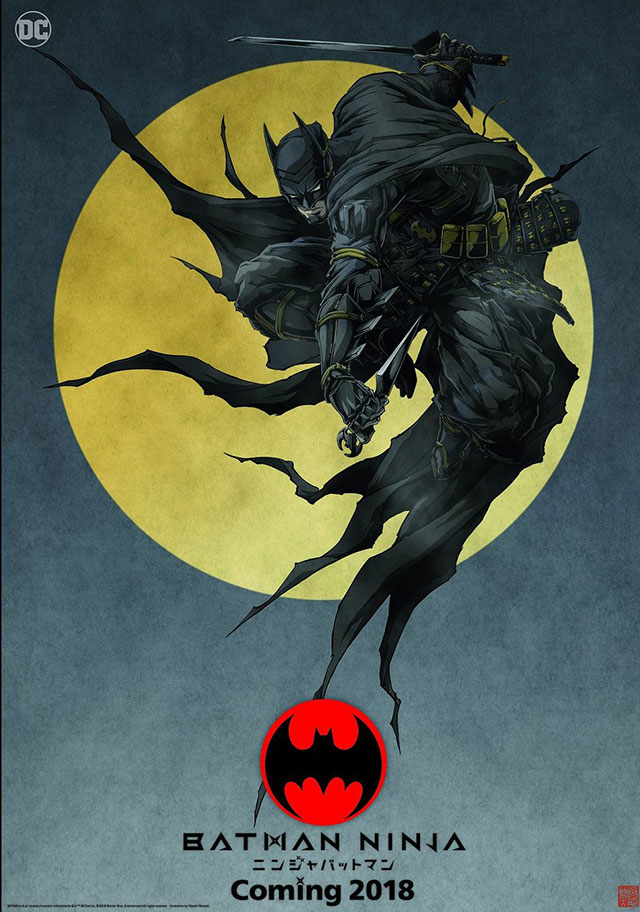