Unexpected riptide can sometimes overwhelm even experienced swimmers and if that happens, the question of life and death depends on if someone or something can look out for beach users in distress. But with waves come crashing in, it sometimes can inhibit the line of sight, or even hear the call for help. This is where Westpac Little Ripper Helicopter Drone (officially, Westpac Little Ripper Lifesaver) aims to make the difference between life and death.

The drone was brought to Lennox Head in New South Wales, Australia, to train the lifeguards on its use, particularly to spot sharks in the human-infested waters. While it was being deployed to see what can do, the drone stumbled upon two teenagers caught in a riptide. Once the distress swimmers were spotted, immediately, the drone deployed a float to help the tired teens to get back to the shore. Fortunately, the kids were probably shaken and not stirred. 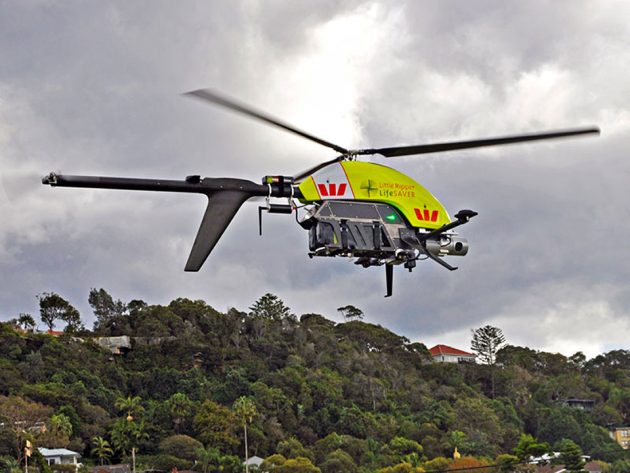 The duo suffered no injuries or whatsoever; they were merely exhausted from prolong water treading in choppy waters. However, they danger of them drowning due to extreme fatigue from treading of water is very real. In this instance, the drone and the operator at the sticks on this day were the heroes. Little Ripper Helicopter Drone carries with it emergency kits (such as the float), and it is equipped with GPS beacon for positioning, a HD camera to serve as the eyes of the lifeguards, and a battery pack that affords it two and a half hour long flight time.

This is the second time we read about how drone have saved people from potentially dangerous situation. Early this month, a drone operator yelled at a kid to get out of the water when he spotted sharks converging onto the unsuspecting kid playing at shallow water, thus saving him in the nick of time. Well, it is kind of heartwarming to know that drone technology have better use than taking beautiful images, is it not?

Keep on going for a video to learn more about this lifesaver from up above.