I am never a fan of Funko Pop series of action figures. Why? Because they too god damn cute. That’s why. But this animation here, presented by Marvel and Funko Pop, may just change the way I see Funko Pop Marvel superheroes collectibles. They are still cute, but now that it is being animated, it is action cute. Like action super cute. This particular clip is all about Captain America kicking his long time archenemy Red Skull’s ass. If anything, it is too god damn cute to pass. Honestly, we never thought bringing Funko Pop to life can be this awesome. 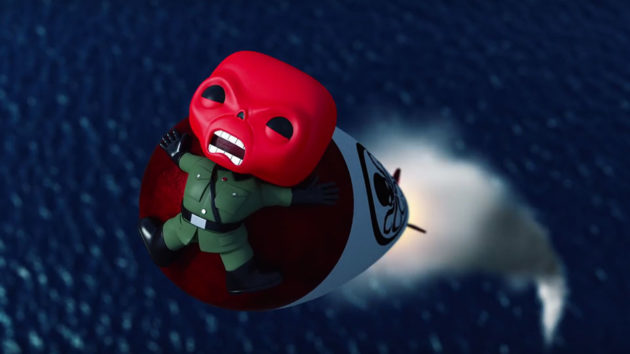 The thing about these animation, like LEGO (save for the movies), there’s no dialogue. They only makes strange noises, which is part the awwww… so cute formula. It’s fun, it’s action pack, and it’s all about Cap firing up a nuclear missile. Marvel x Funko Captain America vs Red Skull Animation isn’t the first. Previously, the entertainment company and the toy maker has collaborated to create a series of Funko Pop Marvel Superheroes shorts. If you have the time to burn, we suggest that you sniff them out. No, wait. Find time to watch them. Trust me, you won’t regret watching them.

But the prerequisite is that you have to be either an animation fan, or a Marvel fan, or both. Anywho, skip ahead for the entire series thus far including the aforementioned Captain America vs Red Skull like you never seen before.