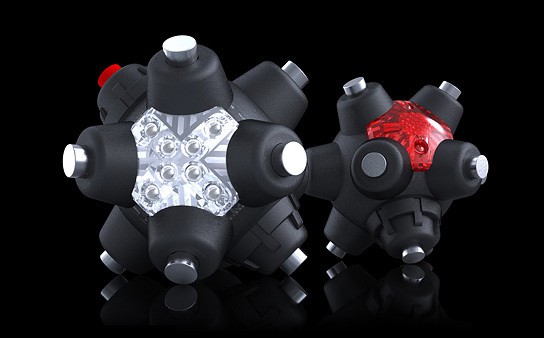 every now and then we will come across some gadgets that makes you exclaim ‘why i didn’t think of that!’ well, the Striker Light Mine Professional featured here is just one of those gadgets. in fact, it is a new iteration of the hugely popular naval mine-looking Magnetic Light Mine, but only bigger, brighter and more powerful. now clad in black, the protruding posts make it look even more like a naval mine, and the posts aren’t just for show as it can be used as tripods or quad-pods that allow an unprecedented 360-degree freestanding light. additionally, it has eleven powerful rare earth magnets built into the end of each post that allows user to attach it to any ferrous metal surfaces.
[ad#Google Adsense-text-468×60]

the Light Mine Pro features front white lens with 8 LEDs and rear red lens with 4 LEDs, both of which has two modes of operation. the white lens has a choice of low or high output spot, while the red lens provides red night vision light as well as flashing beacon. all of which is selectable by cycling through the single power switch located on one of the post. all this functionality is surprisingly inexpensive, costing just $19.99. though my personal preference is still the original Striker Magnetic Light Mine that cost just $6.99. 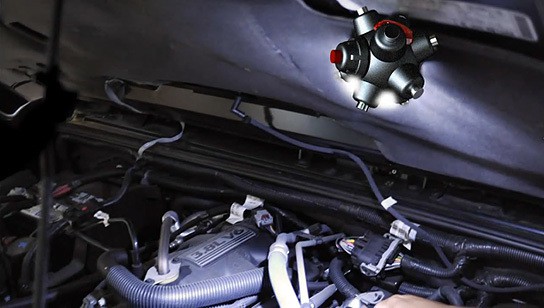 NOW READ  How To Prepare Your Home For A Newborn