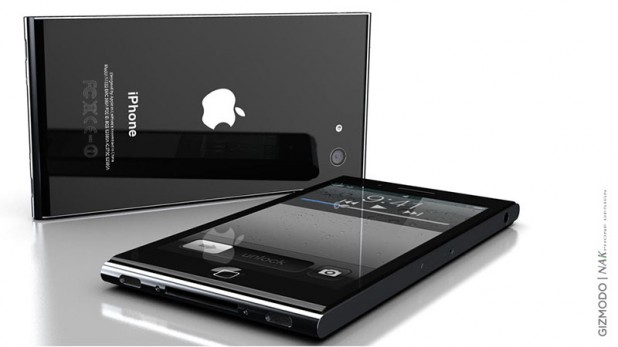 just yesterday, we featured a beautiful concept of what the iPhone 5 will look like and today, we stumbled upon yet another render churned out by Antoine Brieux from NAK Studio. this particular example took a totally different approach to Michal’s concept by retaining the glass back. interestingly, the circuitries are encased within a single piece of metal (aluminum, i supposed) and sandwiched by two pieces of slightly curved glass. interesting, cos’ it didn’t depart much from the iPhone 4’s concept but still NAK Studio managed to make it looks sexier. the design does look enticing but i will be damned if Apple takes the glass back-metal band path again. as far as i am concern, glass back is definitely a no-no and the metal band – i guess i need not elaborate further on that. so what do you think? is NAK Studio your kind of iPhone or Michal’s? a few more look of NAK Studio’s iPhone 5 Concept after the break.
[ad#Google Adsense-text-468×60]