now that the X-Men: Days of Future Past has past us, it is time for serious X-Men fanatics to regroup and check if you have all the collection from the X-Men silverscreen franchise. if you haven’t have all, or even none, then the X-Men: The Adamantium Collection Limited Collector’s Edition [Blu-ray] would make the ultimate collection. why? for starter, it packs six X-Men films in one Blu-ray collection, including X-Men, X2, X-Men: The Last Stand, X-Men Origins: Wolverine, X-Men: First Class, The Wolverine, plus a special bonus disc, Legacy X: Wolverine and the X-Men, which is a one-hour documentary made up of six clips detailing the X-Men’s transition from comic books to the silverscreen. the latter features interviews with key casts and crews, including Hugh Jackman, Patrick Stewart, Ian McKellen, Liev Schrieber, Famke Janssen and among the many others, that will let in into the world of the becoming of the big screen X-Men.

as you may have noticed, the X-Men: Days of Future Past is not in the order, but not to worry, there is an open slot reserve for that piece once it is out in the market, which should be sometime in October. though a slot might not be enough if the release happens to have two discs. anywho, the package is definitely worthy of a collectible status. it features a L-stand with everyone’s favorite, cigar-puffing mutant’s gloved right hand with its adamantium-coated claws extended. around the back of the vertical section is where you will find two Blu-ray boxes containing the aforementioned discs.

honestly, though. we are not in total agreement with all the X-Men flicks, but just the Wolverine‘s claw is enough to make us shut up and hand over our money. besides, we can’t really find an official limb(s) of the eccentric mutant anyways (home-made variant doesn’t counted), so this could your best bet if you want a piece of Wolverine. you can get the X-Men: The Adamantium Collection Limited Collector’s Edition now over at Amazon at a 50% discount for $99.99. 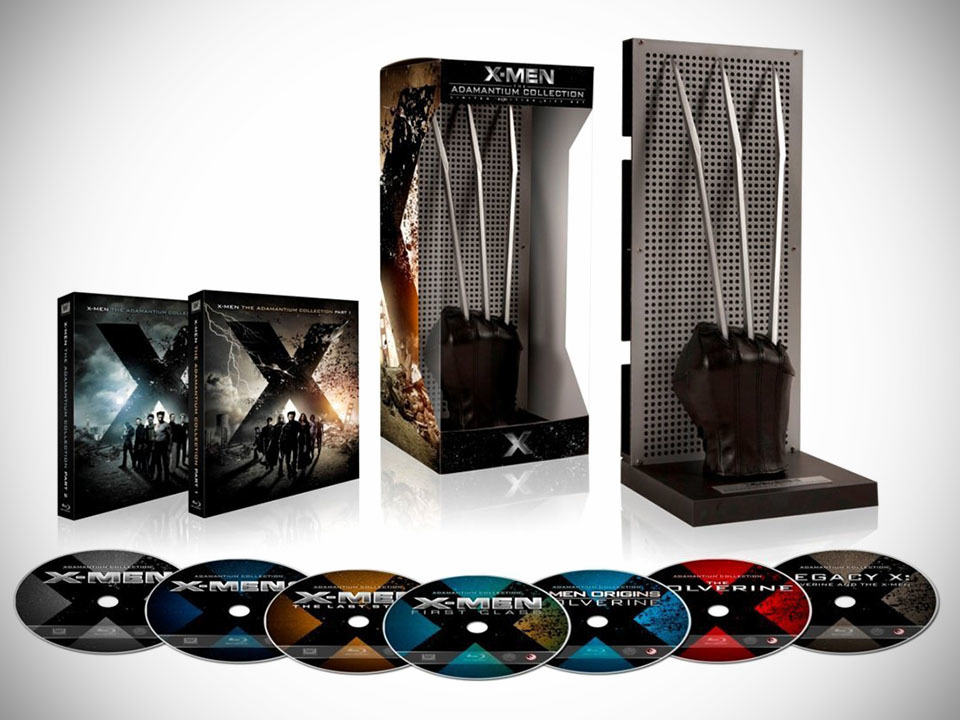