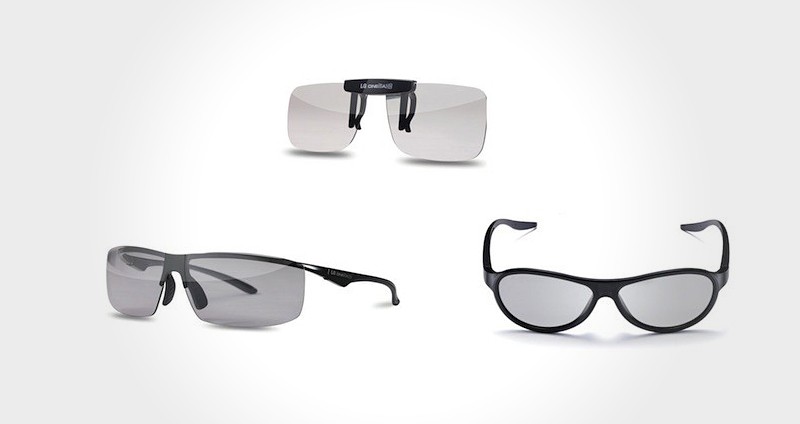 did 3D really catch on in home entertainment? if it didn’t, then blame it on its accompanying glasses – well at least that’s probably what LG thinks so. it has announced a trio of 3D glasses that looks more like modern shades than what it actually is. if the last announced collaboration with Alain Mikli managed to set your heart fluttering, then this upcoming trio, namely, the F310, F320 and the F360, should do the same – if not more. honestly, they don’t even look remotely close to being a pair of 3D glasses to start with. the first of the trio, the F310 is said to be lighter and features curve that offers a better fit, while the F320 caters to those wearing glasses with its clip-on design. last but not least is the F360, a pair of 3D glasses that has half-rim frames designed by Alain Mikli. if not for the almost clear glasses, we would think that the trio is actually sunglasses instead. for those who are resistant to 3D TV mainly because of its cumbersome glasses, would such fashionable 3D glasses change your mind? personally, i do have my doubts but that’s probably just me. most glasses-wearer tried means and method to shed off that cumbersome optics, and here we are still being convince that we should be wearing glasses when we watch TV. oh well, that’s just how the tech world is. anyway, no prices have been hinted but we should be hearing more as CES 2012 draws closer.