You upgrade you TV, upgrade your mobile device and even upgrade your house, but have you ever thought of upgrading yourself? When we said “upgrade yourself,” we do not mean picking new skills or go for a new degree; we are talking about improving your body’s capability. Well, if you have ever thought about it, I guess it is the good time to be alive because, Youbionic has just the right tool, or should we say, prosthetic, for you. It won’t make you the Six Million Dollar Man, but you’d be getting yourself an extra helping hand, like quite literally. 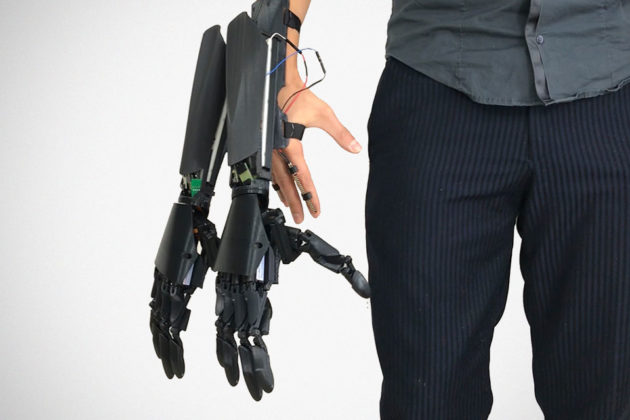 As you can from the product images, Youbionic has created a new prophetic, a follow up to the company’s first 3D-printed robotic hand introduced last year, that will bestow one of your arms with an extra pair of hand, so you’d get two hands in one. Anywho, the double hands are controlled by the wearer’s fingers, namely index and ring fingers via flex sensors linked to six Actuonix actuators on each of the Youbionic hand. Each of the linked finger controlled one robotic hand and it is worthy to note that it does not have a lot of control over the dexterity of the digits on the pros ethic. 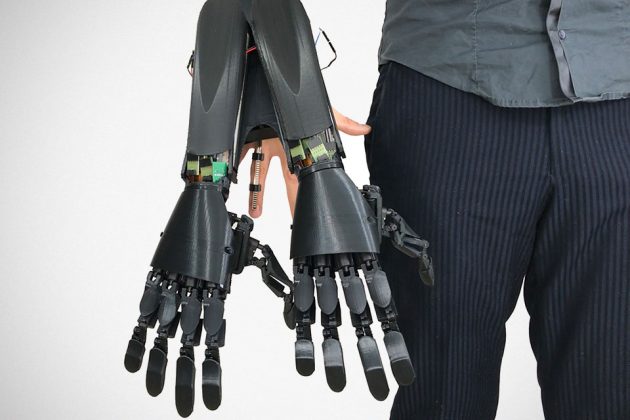 Bending or closing, say, for example, your index finger will trigger a sequence of action that results in a clenched fist and opening up the finger will open up the hand again. That said, there is little can do besides gripping or pinching which means the wearer won’t be picking up anything, let alone squeezing an object. And neither will you be able to flick the wrist. I guess it is open to hack in order for the double hand to achieve more and such hack may include adding more flex sensors and tinkering with the Arduino micro controller that powers the double hand.

If don’t do that (hack it), it will, as our source puts it, be just an expensive cosplay prop. Speaking of expensive, the Youbionic Augmented Human Double Hand is available as we speak, commanding a princely sum of 1,799 euros, or about US$2,150. 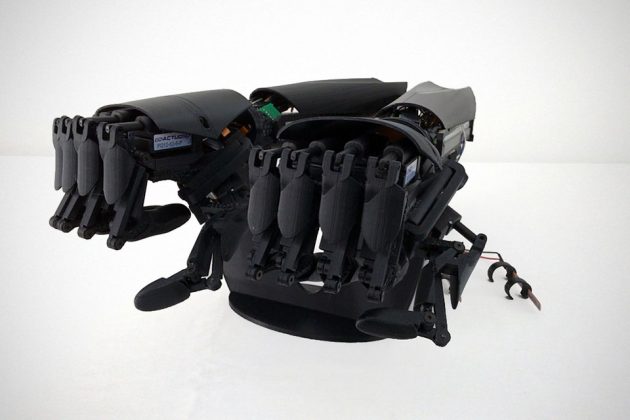