We hate to stereotype, but you can’t deny that an object such as an ammunition box aka ammo box offers a loud, manly and rugged statement. That said, if you desire to have a kitchen that embodies those qualities, then the 10-pc Ammo Box Knife Block Cutlery Set is a good place to start. The cutlery, i.e. the knives, are pretty much standard, but the knife block is an entirely different story. The knife block, if you did not already notice, is inspired by military ammo box, complete with the army green colorway and the trademark hinged cover found on any small caliber ammo boxes. I’d be lying if this thing did not have my attention. It did, completely. 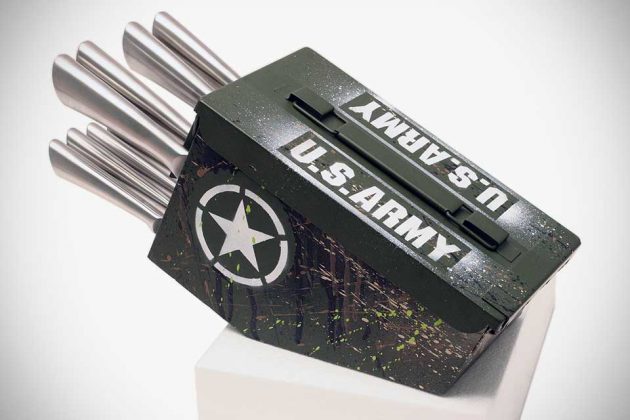 The block is made from military-grade steel and comes black, leaving you with the freedom to decorate with insignia, emblem, warning text or whatnot as you see fits. As for the knives, there are six 5-inch serrated steak knives, a 7-inch Satoku knife, an 9-inch Bread knife, an 8-inch Carving knife, and one Chef knife, also 8-inch length. And no. These knives are not for decapitating enemies; there are for your food preparations, or slicing up your favorite steaks and also, the knife block, while suitably military-looking, won’t fit any standard issue jungle survival knife. So, don’t try to squeeze anything other than its standard issues.

The 10-pc Ammo Box Knife Block Cutlery Set is surprisingly affordable too, costing just $79.99 for a set. You can pick a set off from Delta Echo Products’ website. Over and out. 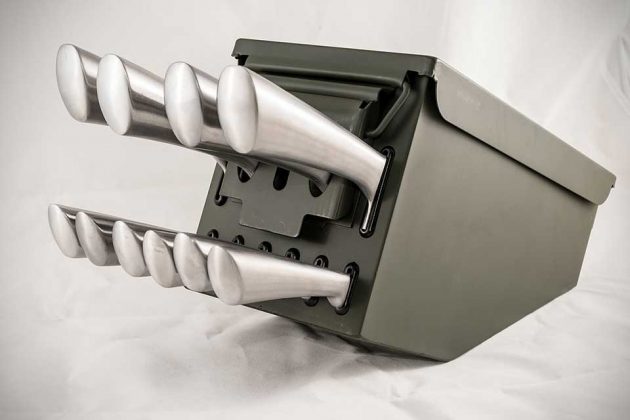 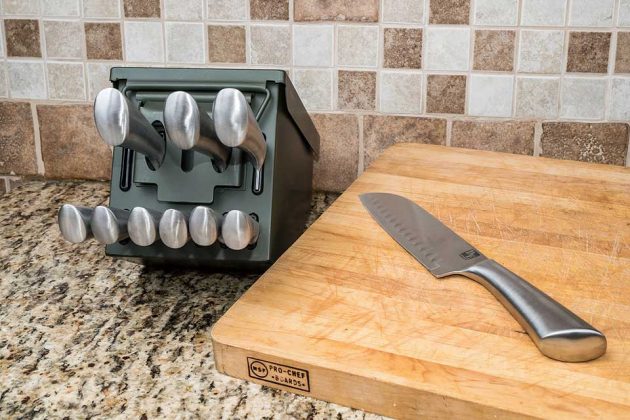