In this day and age, you’d be hard-pressed to find a good vintage sports car, much less one in its original condition. If you are one heck of a serious motor head with special love for Aston Martin’s classic and very deep pockets, then you may be interested in “an exceptionally rare and highly original” 1969 Aston Martin DB6 Mk 1 Volante Vantage that you could have a shot of owning when it goes under the hammer at Barons at Sandown Park on July 28, 2015. We are not going to have high hopes on the condition since it is being touted as ‘original’, after all, this beauty is over four and half decades old. That said, inimitable patina of age is inevitable and should be expected if originality takes priority in your collectible car checklist. 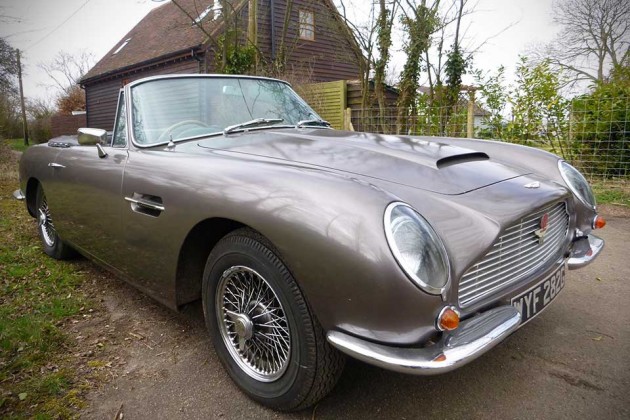 There is a thing though: Barons Auctions described the power hood as “is thought to be the original one,” which leaves us with question marks as to whether the entire car is indeed ‘original’ as it claimed to be. Notwithstanding that, the Aston Martin community seem to be all over it, as reported by Barons Auctions, saying that they have already received enquiries regarding this classic beauty. Then again, why wouldn’t it be? After all, only 29 examples were ever made and being 45 years young, you could it is the rarest of the rare. The vehicle, bearing chassis number DBVC-3738R, has the same ownership since 1981 and apparently used “only rarely and only in the dry.” The car is expected to fetch between £500,000 and £750,000.