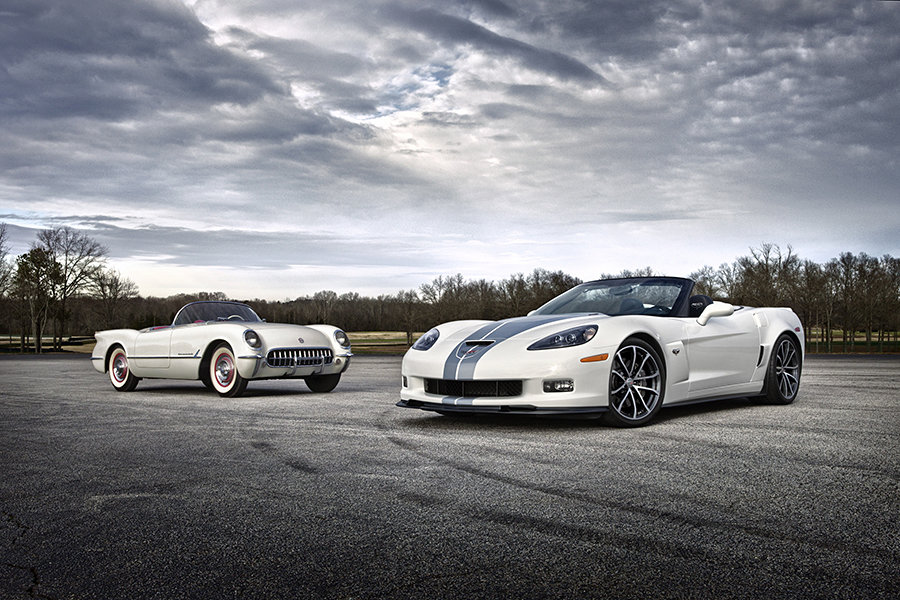 General Motors will be ushering its 60th anniversary of auto making with a special edition Chevrolet Corvette 427 Convertible that fuses elements of the Z06 and ZR1 models. the 2013 Chevrolet Corvette 427 Convertible Collector Edition, as it is called, is equipped with several hardware that hails from the Z06, starting with the 7.0 Liter (427 cubic-inch) LS7 motor that puts out 505 horsepower (377 kW) and 637 Nm (470 lb-ft) of torque, mated to a six-speed manual gearbox. with the LS7, the 427 becomes the most powerful Corvette convertible to ever roll out of the production line. the driveline and rear axle system are also carried over from the Z06, while a rear-mounted battery and Magnetic Selective Ride Control are also standard issue for the 427. rolling stocks come in the form of 19-inch front and 20-inch rear Lightweight machine-face Cup wheels, wrapped in ZR1-style Michelin PS2 tires. though, Black Cup wheels or chrome ZR1-style wheels are also available.

the 427 also features several carbon fiber components, including raised hood, Z06-style fenders and floor panels. a “CFZ” carbon fiber front splitter and rocker panels are also available as options for the 427 Convertible. with the carbon fiber dietary treatment, the 427 managed to tip the scale at 1,522 kg (3,355 pounds) and when combined with the high output offered by the LS7, enables the 427 Convertible to achieve a 0-60 sprint in just 3.8 seconds, sending it off to a top speed of 306 km/h (190 mph). unfortunately, no word on its corresponding price tag or availability at the time of this posting. hit past the jump for a small gallery of this special edition Corvette.