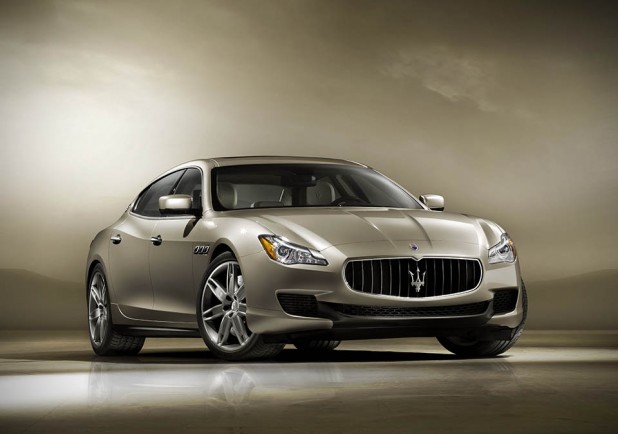 need a luxe car that has the power and speed but just as practical for any other activities like grocery shopping or going out with your family? then you can look forward to the 2013 Maserati Quattroporte. though the Modena folks called it the all-new Maserati Quattroporte, we can see it still carries over much of the outgoing model’s elements such as the front grill, the three side fender vents, as well as the triangular C pillar. in short, non-enthusiasts would probably mistaken it for the current model and that doesn’t help with little official information to go around for now, except for some images to tease us before its official premier at the 2013 Detroit Motor Show (NAIAS). however, that doesn’t mean it don’t have anything new to flaunt. the model will comes with frameless doors, third side windows (albeit being a very tiny one) and as the images suggest, the new Quattroporte looks to have a more steeply raked windshield, a very coupe-flair roofline and we also noticed that the rear wheel wells now managed to stay clear of the rear doors, which may suggest a slightly stretched wheelbase. in fact, the cutaway image showing the interior does seems to back that up as the inside seems to enjoy improved legroom that’s usually a result of longer wheelbase. the interior is now more refined and sophisticated and features a two-tier instrument panel, a sleeker Maserati Touch Control display plus the staple, analog clock. no formal mention about what goes under the hood but according to Paolo Martinelli, Maserati Head of Powertrain, the unit is designed and engineered by the Modena boys and hand built by Ferrari at the Maranello plant. however, the photo also gave away that it will be a V8 unit and if the license plate ‘QP 530 HP’ is anything to go by, this refreshed four-seater from Maserati might very be 530 horses. that and all will only be clear it is officially unveil and in the mean time, do scroll down for a small gallery of the 2013 Maserati Quattroporte.

NOW READ  Maserati GranTurismo Zéda Coupé: The One Car That You Don’t Want A Wrap