it is still months away before the 2014 Chevrolet Corvette Stingray hits the road, but after market car tuner Callaway (not to be confused with the golf equipment maker) has already envisioned a shooting brake iteration for this awesome vehicle. dubbed the 2014 Callaway Aerowagon Concept, Callaway wants to yank the coupe form out of the upcoming C7 Corvette and give it the long, hatchback shooting brake body. according to the company, the Aerowagon body will be formed using Callaway’s proprietary resin transfer molding process for loading carrying carbon parts which shouldn’t add too much of a weight to it and for $15,000 and up, you could convert your upcoming spanking new Stingray into a hatchback projectile that makes over 200 mph “while still returning the highest mileage rating in the supercar segment.”

we are assuming the power would still comes from the same 450 horsepower 6.2-liter LT1 V8 unit, though we are hoping to see some further engine tweaks that could put in the supercar segment. Callaway is keeping watch of the market response to this concept and depending on the reception, the 2014 Callaway Aerowagon Concept might be a reality this fall, coinciding with the Corvette Stingray release. then again, there won’t be much to be excited about if you are not residing in North America. then again, miracles could happen if you have a Scrooge McDuckian wealth, or you have a couple of oil wells to your name. whichever. another look at this luscious ride after the break. 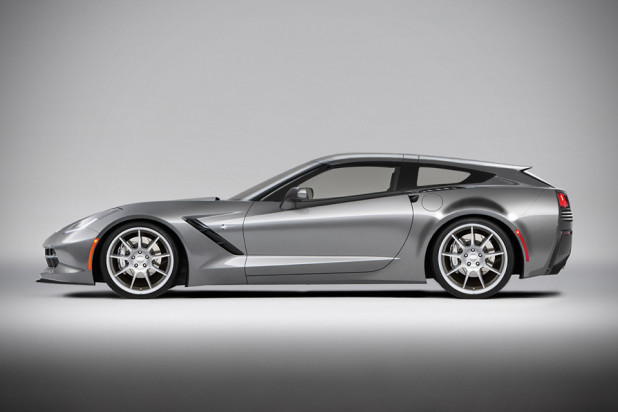