cruiser bike usually don’t associate with sportiness, well, that’s before the 2015 Indian Scout was announced over the weekend at the Sturgis rally. Polaris has been working extra hard to roll out new models since last year’s official ‘rebirth’ of American bike brand. over the weekend, we saw the Roadmaster made its public debut and it was during this same event, Polaris pulled the wrap of the Scout. the 2015 rendition stands out in the cruiser crowd as one that bears sharp lines – just like its forebear did. with a wet weight of 558 lbs, it is not exactly lightest, but it sure is the lightest in its class. the Scout was designed from a clean sheet with the aim of creating “a potent and precise middle-weight cruiser” and one that will live up to its forebear’s reputation. 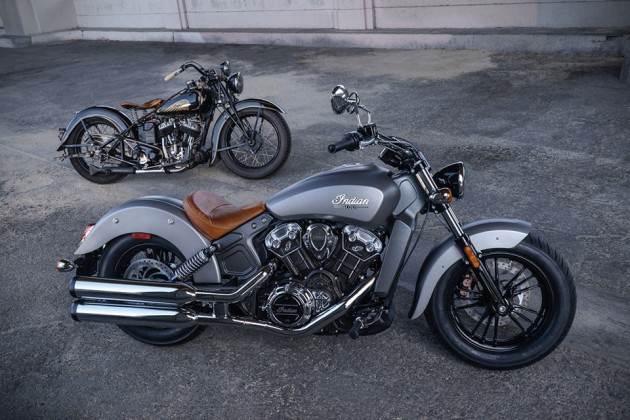 built around a lightweight and rigid cast aluminum frame, the bike’s lone tanned leather seat sits at a low 25.3 inches of the ground, and couple that to a 61.5-inch wheelbase and 5.3-inch ground clearance, the steed is comfortable in delivering a 31 degrees of lean angle, thereby promoting high and low speed maneuverability. well, that, my friend, basically translates to ‘sporty’ and it is not even a sports bike. nested within its “rigid triangle” design is a liquid-cooled, 69 cubic-inch V-twin engine, featuring a closed loop fuel injection and drive-by-wire throttle actuation mated to a six-speed overdrive transmission. this unit pushes out a good 100 horsepower and offers 72 lb-ft of torque at 5,900 rpm. the 2015 Indian Scout comes in a choice of Thunder Black, Indian Motorcycle Red, Silver Smoke (matte finish) and Thunder Black Smoke (matte finish), and can be ordered now, starting at $10,999. it is expected to see it hit North American dealerships in “late 2014.” 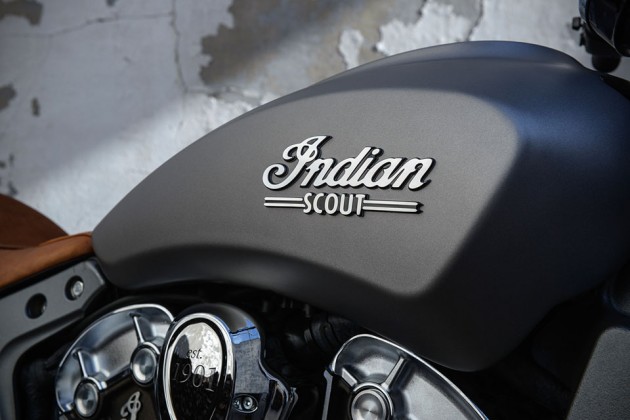 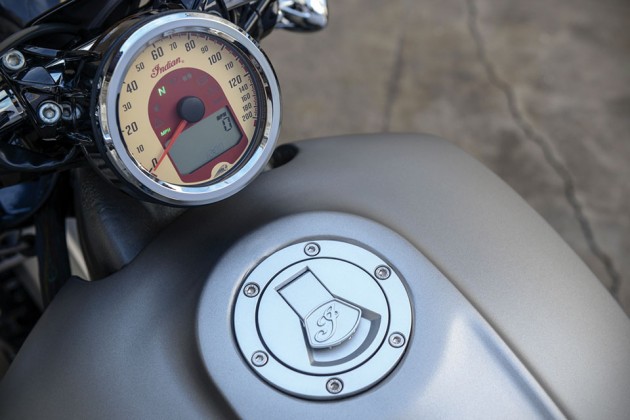 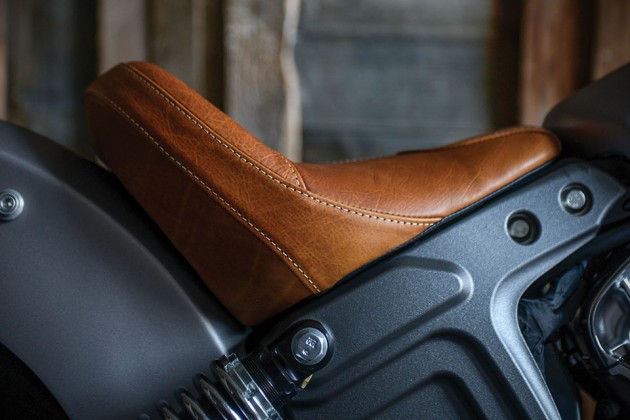