For this year’s Los Angeles Auto Show, Porsche will be showing off quite a handful of cars that you can actually buy. In addition to the exclusive Panamera and the refreshed Cayennes announced earlier, two new Cayennes will be joining in the party: a new base model Cayenne and a GTS variant. Though the new Cayenne GTS may not be sitting at the top of the food chain, it is still pretty mean in the performance department. A step up over the Cayenne S, a tweaked 3.6 liter V6 twin turbo engine is favored over the previous model’s naturally aspirated V8 unit for the new Cayenne GTS, which now flaunts 20 more horsepower and 62 lb-ft more torque over the previous GTS, bringing the power output to 440 hp and 445 lb-ft of torque. 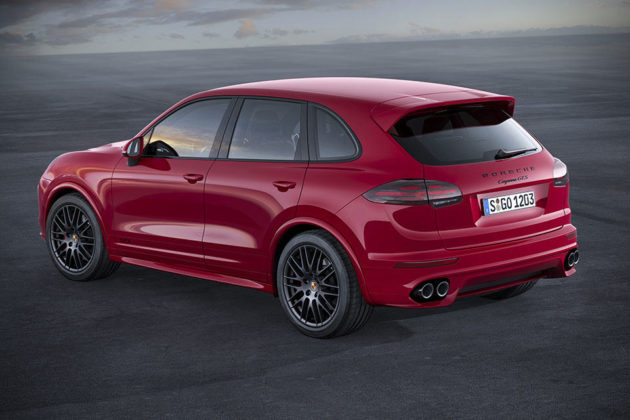 The bump in power and torque is complemented by a reduction in fuel consumption and of course, enables the new Cayenne GTS to make the century sprint in 5.2 seconds. Additional features on the GTS-badged Cayenne includes sport exhaust system for the characteristic GTS sonic note, Porsche Active Suspension Management (PASM) with air suspension that lowers the ride by 20 mm and brakes borrowed from the Cayenne Turbo with 390mm front rotors and 358mm rear rotors, along with red calipers. The GTS also gets some exterior tweaks too, starting with a turbo nose fascia with large air intakes and Sport Design package that includes more contoured rocker panels, and wheel arch extensions in body color, naturally (it will be totally weird if it isn’t). 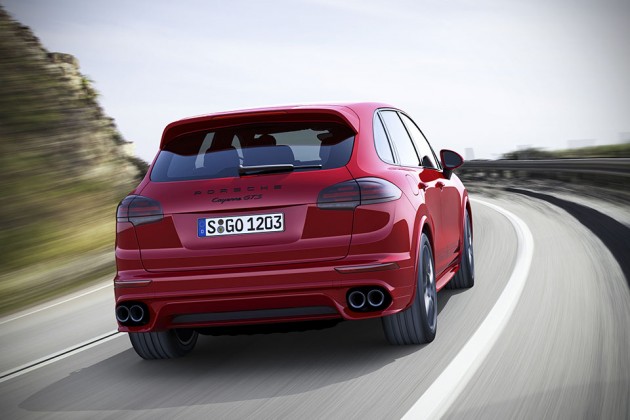 There are some black touches in the form of black letter and in the area and parts including the exhaust tailpipes, the 20-inch RS Spyder wheels, the Bi-Xenon headlights’ inner apertures, as well as fittings of the tinted LED rear lights. On the inside, you will find eight-way powered GTS sports seats upholstered in leather and Alcantara with GTS lettering on the headrests.

As for the entry level model, it gets a 300 horsepower 3.6-liter V6 naturally aspirated engine and a new eight-speed Tiptronic S gearbox that enables it to zip from zero to 62 in 7.7 seconds (or 7.6 with the optional Sport Chrono package). The Cayenne also boasts improved fuel economy, thanks to features like Auto Start/Stop and thermal management, as well as Bi-Xenon headlights with four-point LED daytime driving lights and a multifunction sport steering wheel with paddle shifters. 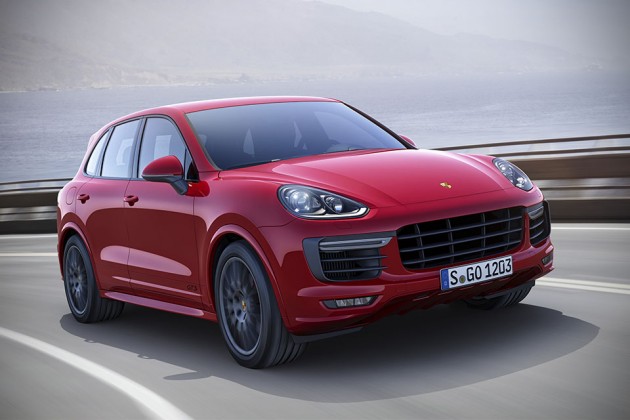 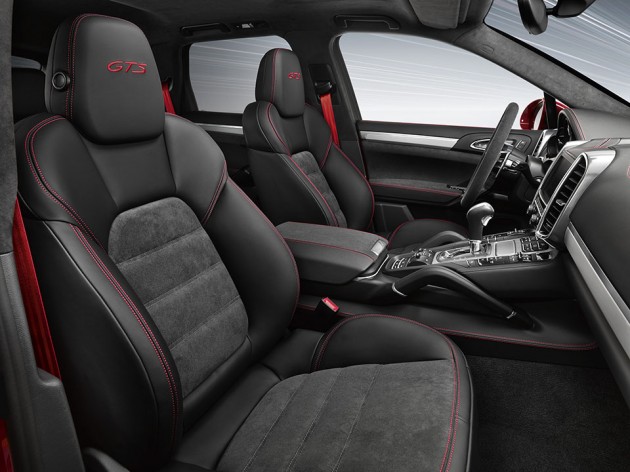 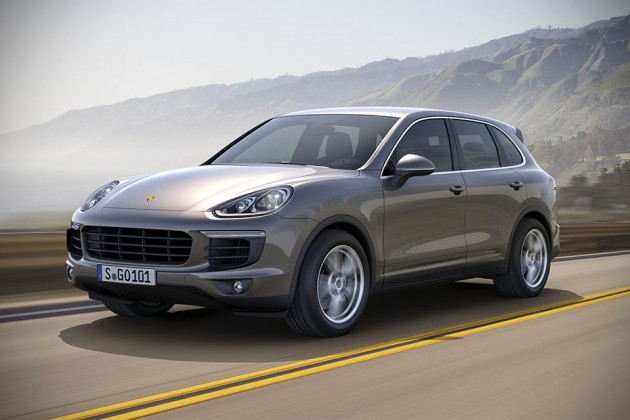 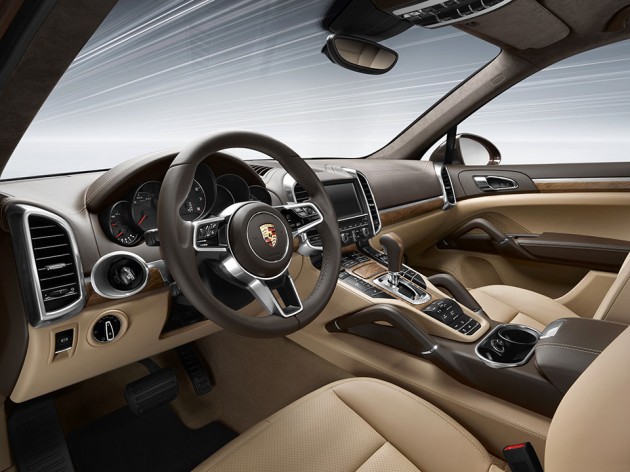