It is time of the year again. The Concorso d’Eleganza Villa d’Este is upon us and like every other year, this prestigious event where classic and vintage cars congregate is also the hotbed for big name automakers to show off their proudest rides, concepts included, and this irresistibly good-looking 2018 BMW Concept 8 Series coupe is among them. The event, btw, is happening right now, through to May 28 at the shores of Lake Como, Italy. BMW described this new ride as having “unadulterated dynamics and modern luxury,” which by the looks of it, it surely have both. 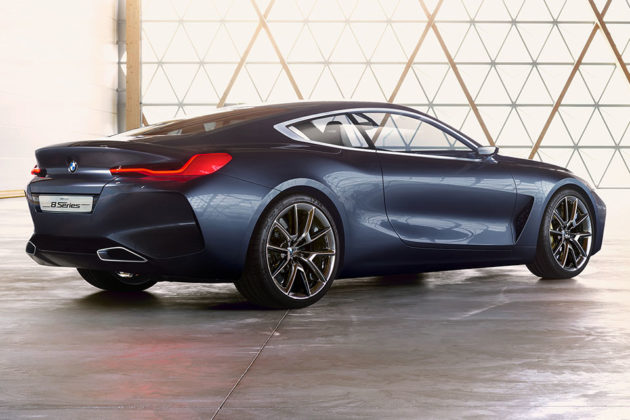 Luxury is obviously expected of the marque, isn’t it? The German automaker went on to the Concept 8 Series is slated for 2018 launch and it will be part of “the biggest model offensive in the company’s history.” Whoa. Those words there… is the BMW angry about something? Marketshare, perhaps? Before we get into some of the key details, you may like to hear what Senior VP of BMW Group Design, Adrian van Hooydonk, have to say about this gorgeous upcoming beast:

“The BMW Concept 8 Series is our take on a full-blooded high-end driving machine… it is a luxurious sports car which embodies both unadulterated dynamics and modern luxury like arguably no other. For me, it’s a slice of pure automotive fascination.” 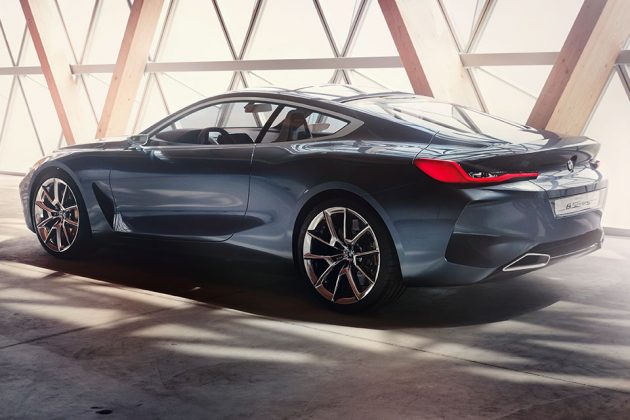 So, there’s really a lot to expect from it. Though, unfortunately, nothing technical was revealed at this point. What we do know is, it rolls on a set of massive 21-inch exclusive multi-spoke design light-alloy wheels and the front is composed of a sporty, low-slung front end with the marque’s signature kidney grille at an unusually low height, flanked by slim twin headlights and large air intakes. Together with a striking, muscular lines and silhouette that looks like it is going to pounce on someone any moment, 2018 BMW Concept 8 Series offers a look into the company’s future design language.

Around the back is a clean and yet strangely beautiful angular rear that features a stylized carbon-fiber diffuser and a twin trapezoid exhaust tailpipes and on the inside, it is, of course, all about being functional and luxurious. We shan’t dig into it though, because half of the press release was marketing talk. I can almost imagine a salesman reciting the entire 2,500+ passage. Though you may like to know there are more carbon fiber, along with hand-polished aluminum bits in the cabin.

There is also a “faceted ground gearshift lever” and it has a iDrive Controller made from Swarovski glass with a smoky quartz-look. As mentioned, nothing was mentioned about the technical aspect of the ride, let alone the drivetrain. Perhaps more will be known after today when the event kicks off. In the meantime, just drool over it with some of the official images we managed to get our hands on. 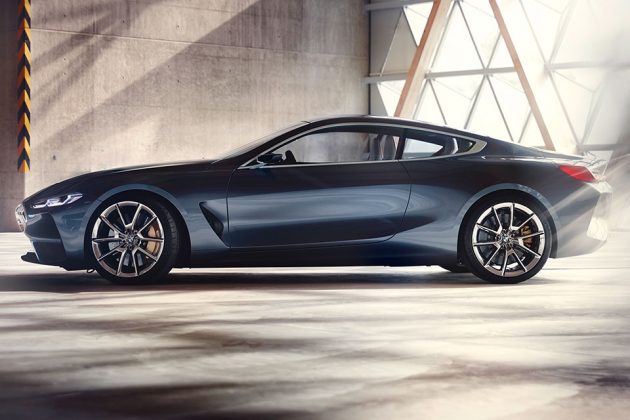 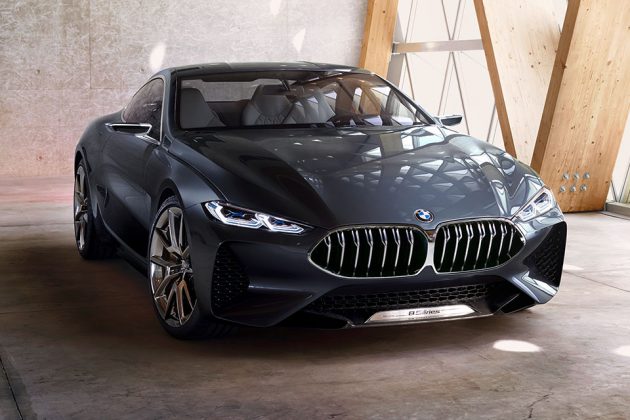 All images courtesy of BMW.