We know Marvel Cinematic Universe’s Tony Stark drives an Audi R8, but what you probably don’t know was, this German luxury exotic car also made an appearance in Square Enix’s role-playing video game, Final Fantasy XV. Yes, it did and also, what you didn’t expect was, Audi and the team over at FFXV actually worked together to roll out a special edition Audi R8 based on the game’s and the result is simply stunning. Dreamily referred to as “The Audi R8 Star of Lucis,” there is only one in existence and it is for sale to drum up the game’s launch, for “only” 50,000,015 Yen, or a little under 470,000 American dollars based on today’s going rate. 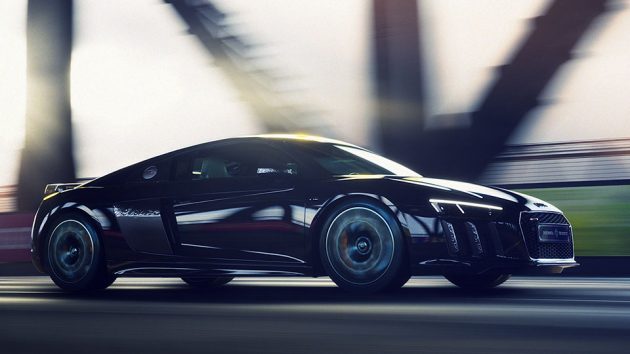 As one may have expected, this car is reeking with Final Fantasy XV touches, ranging from the color (a “royal color,” btw) to the unique brake lights to the traditional pattern of the Tenebrae oracle clan at the mid-section of vehicle. The wheels here deserve a special mention too because, each of them features a pattern inspired by the Kingdom of Lucis emblem with finely sculpted swords fused into them. Final Fantasy touches aside, the car is very much the R8 you know.

This means you will be getting a fire-breathing 5.2L V10 petrol unit kicking out 610 PS, mated to a dual-clutch 7-speed S-tronic transmission that’s capable of propelling this royal ride from naught to 62 in mere 3.2 seconds, sending it on its way to a top speed of 205 mph – perfect for making a quick getaway from monsters lurking within walled city of insomnia. 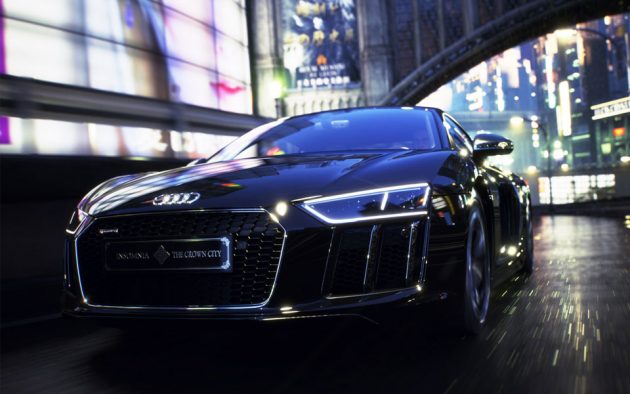 So how can you get your hands on it? First and very obviously, you have to be residing in the Land of the Rising and then you will want to enter yourself into a raffle, starting November 21, 2016, and cross your fingers and hope you be the lucky folks to be pick to buy it. Sounds simple enough, isn’t it? Keep going for a few more look at this absolute beauty. Be sure to scroll all way down to catch the product intro video. You won’t want to miss it, really. 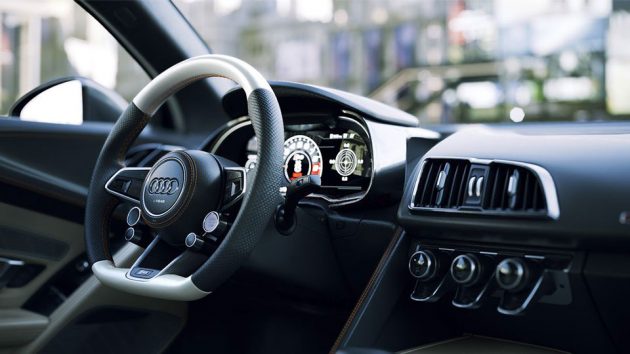 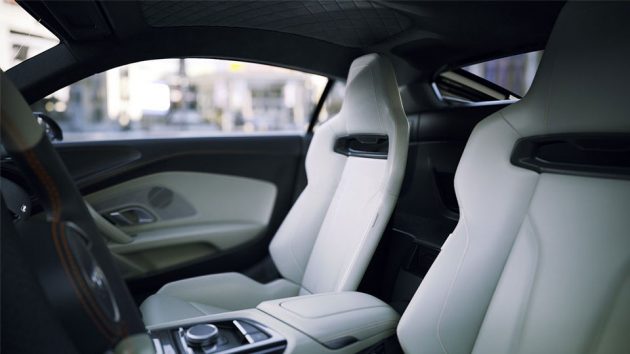 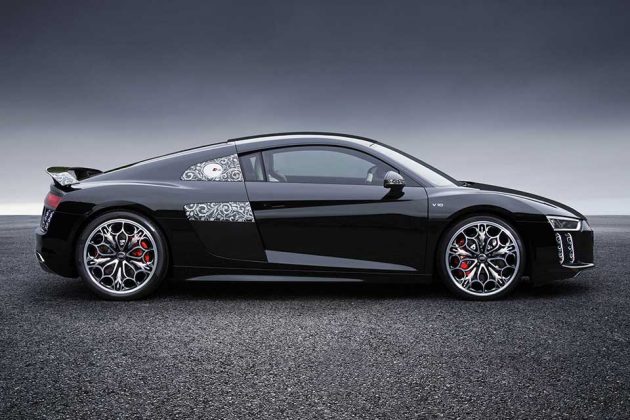 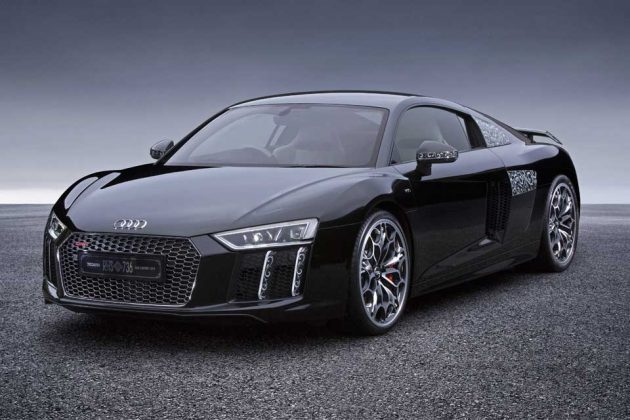 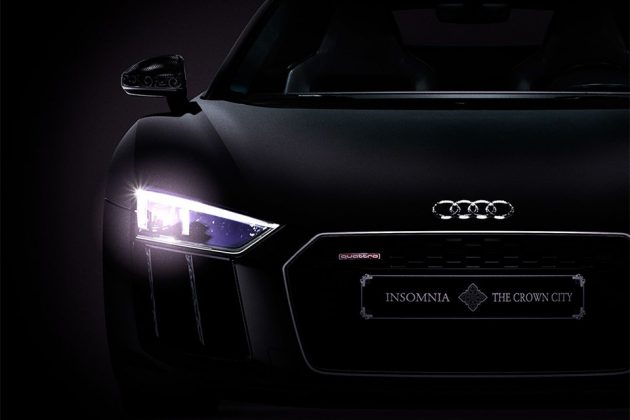 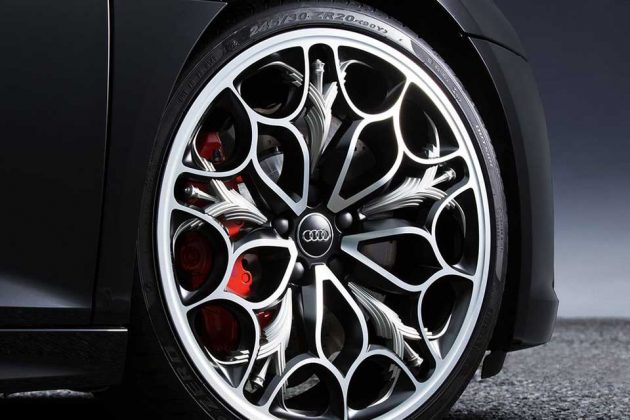