Always want to hug trees when it comes to automobiles, but your ride of choice ain’t going the green way? Well, fret not because, there’s always Kreisel Electric. The Austria-based company has been turning popular marque’s cars into electric version and the latest iconic car to get the electric treatment is the much lauded Hummer H1. Presented by Austria-born Hollywood star and former governor, Arnold Schwarzenegger, this striking red H1 is an exclusive prototype flaunting no less than 360 kW (which translates to around 483 horses) power output, keep pumped by a 100 kWh battery system that’s good for “nearly” 300 km (186 miles) range. 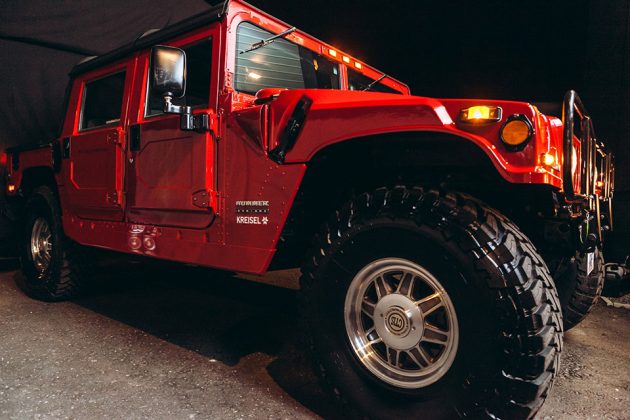 The car was unveiled at Kreisel Electric’s new research and development center in the presence of Austrian Federal Chancellor Mag. Christian Kern. The car’s proud new owner is, of course, none other than the Terminator himself. Having his G-class electrified last winter by Kreisel Electric, the electric Hummer H1 is his second. The ex-governor commented that if Kreisel keeps it up at this pace, he could be soon be flying here (to Austria) from LA in an electric aircraft. Well, what can I say? One can only hope so! It took Kreisel Electric just two months to develop this off-road prototype which weighs a surprisingly modest 3,300 kilograms (7,275 lbs). 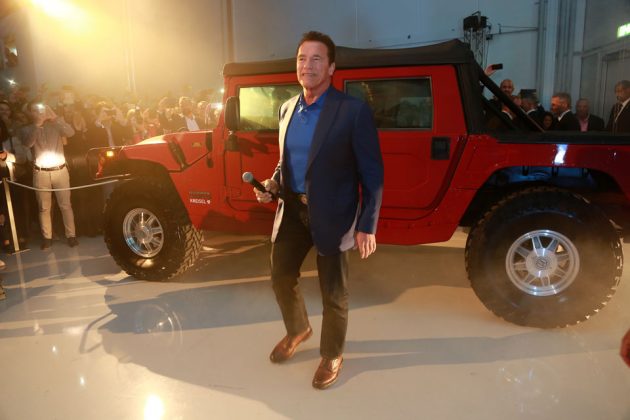 Despite bearing a nearly identical heft with the gas-powered variety, the electrified H1 is still capable of a rather impressive 120 km/h (75 mph). Impressive, considering a stock variant makes just 89 km/h (55 mph) on tarmac. Before gets thrilled and all, thinking you can acquire one, or any of Kreisel’s electrified prototypes, Kreisel said they will not be mass-producing any of those. But just to tantalize you a little, so far Kreisel has electrified quite a few delightful rides, including a Porsche 910-inspired super sports car, a Volkswagen Golf, a BMW 3 Series Touring, a Skoda Yeti 4×4, a Mercedes-Benz Transporter, a Volkswagen Caddy, a Porsche Panamera, and of course, Arnie’s Mercedes-Benz G-Class. There’s even an electric go-kart that goes from 0-100 in scant 3.1 seconds! 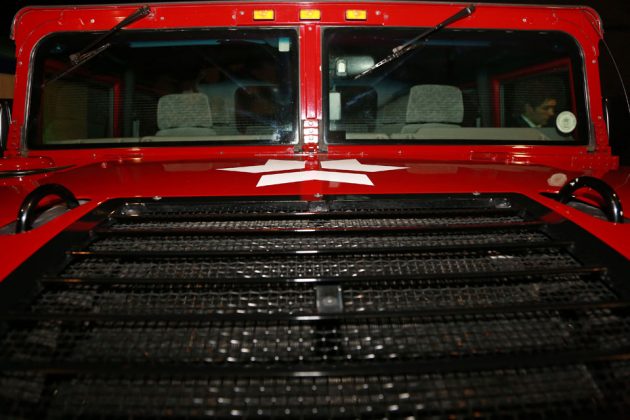 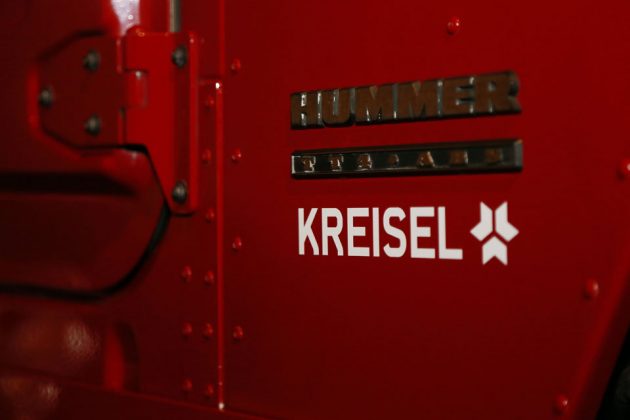 All images courtesy of Kreisel Electric.