If I were to classify Apple ugly-ass AirPods as ‘weird stuff’, then I suppose the PodCase, a hybrid battery case for iPhone and AirPods, would be weirdly awesome. I guess? My stance on the AirPods never change and it never will, but the idea of fusing the battery needs for two devices into one gadget is pretty damn clever. Just the idea ONLY. I stress. Anyways, your iPhone with never-good-enough-battery-life needs the juice and so does your AirPods, and instead of bringing a portable battery and the AirPods charging case, PodCase is both and as a boon, it keeps your lovely device protected and offers a safe haven for your easily misplaced AirPods. 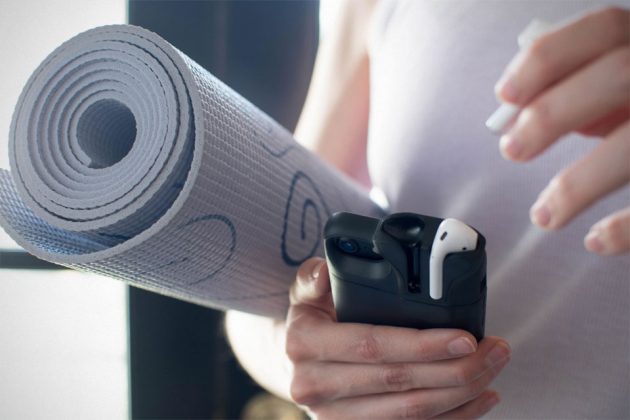 It slips over your beloved iPhone, protecting it against daily rigor of knocks and bumps, while providing the iPhone and the docked AirPods the much needed battery power as when they require it. However, while it does have its pluses (which does not include making your AirPods any less hideous, btw), PodCase is not without its caveats, which most notably include piling up the otherwise slim profile iPhone with significant thickness. But that is expected of from cases of this nature, after all, it has a freaking 2,500 mAh battery on the back of the phone. 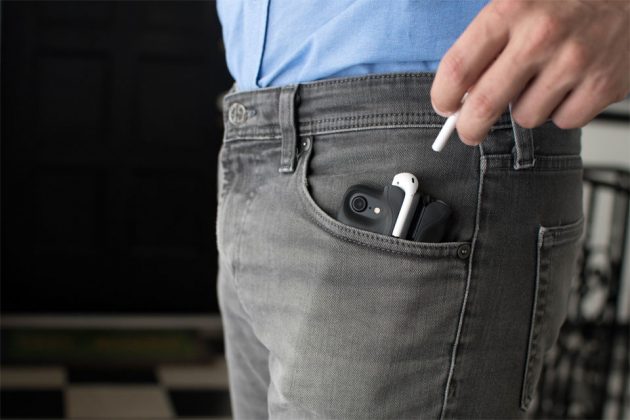 The other thing is, we can’t help to notice the depth of the flash now has due to the AirPods ‘dock’ to the left of the camera setup. Pardon me for my ignorance, but won’t that somehow hinder the effectiveness of the flash in terms of coverage? Just saying… Also, while there’s no question about the case effectiveness of protecting your iPhone, I wonder if when a drop occurs, will it send the tiny AirPods flying in all directions? That’s a question of secure fit which only the Nova Technology, the company behind PodCase, can answer.

Speaking of Nova Technology, they are no green horns in creating gadgets and accessories. Nova Technology is co-founded by Allan Evans, co-founder of Avegant, and Eric Migicovsky and Steve Johns, founder and founder industrial designer of no-defunct Pebble Technology. Nova Technology is now operating out of Hong Kong so it could be closer to the source of manufacturing and supposedly, it will be able to keep a closer eye on the processes or something like that.

The company has taken to Kickstarter where you can acquire, as a pre-order, of course, the PodCase Battery Case for iPhone and AirPods for 619-697 HKD, or about US$79-89. If everything goes as planned, i.e., the campaign gets funded (and its a long shot, tbh, looking at things are going at this point), delivery is expected to happen in February 2018.