From the front, it looks like Polaris has put a roadster on the road, but it is in fact, a three-wheeler, or more specifically, a new, more luxe variant of the brand’s Slingshot. The 2018 Polaris Slingshot Grand Touring LE, as it is known as, is essentially a slightly more equipped Slingshot featuring the previously optional Slingshade roof, and quilted Comfort Seats. In addition, a color-matched rear fender is thrown in to go with the Indy Red accented Matte Cloud Gray paint job, while on the inside, it is outfitted with Slingshot’s Ride Command with navigation infotainment system. And oh, it also gets a limited edition graphics package too, as seen in the official press images. 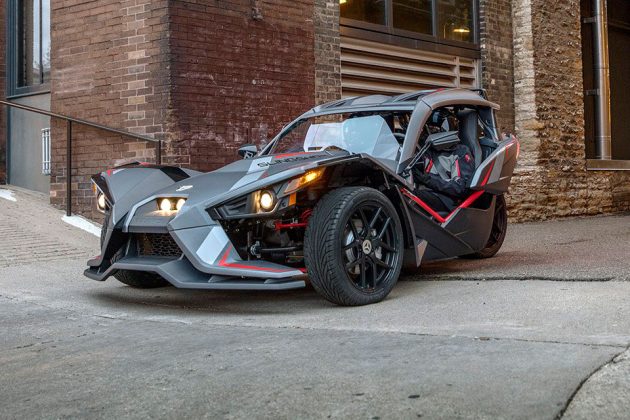 But that’s about it. It surprises us how a roof over the three-wheel roadster can make such a difference in appearance. With the Slingshade over it, it looks even more like car, well, that’s until you realize it has only a single wheel to the back. Can a trike look this good? Slingshot proved it can, even more so now with the Grand Touring LE. There’s no performance enhancement though, but you can opt in for the adjustable Bilstein shock absorbers and forged aluminum wheels found on the SLR-LE to spruce up the handling and further give the sporty look a boost. 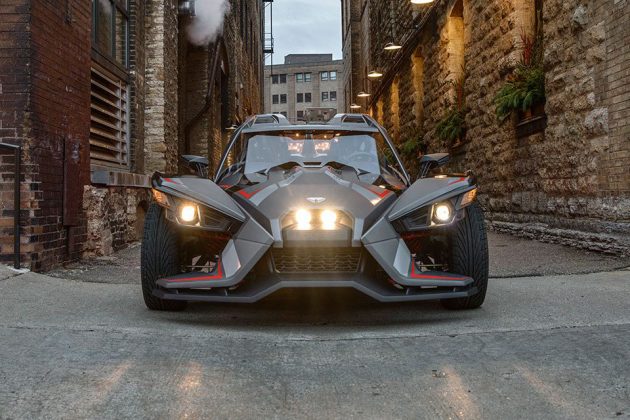 Obviously, dropping in those will bump up the asking price of the 2018 Polaris Slingshot Grand Touring LE which, as it is, cost as much as a car at $29,999. Whether or not it is worth 10K more over the entry level model, it is entirely up to you. As a consolation, the sticker is not even enough to get a certificate to own a car in Singapore. So, folks over this side of the world should count themselves lucky, I guess. Continue reading to find more images of this handsome three-wheeler. 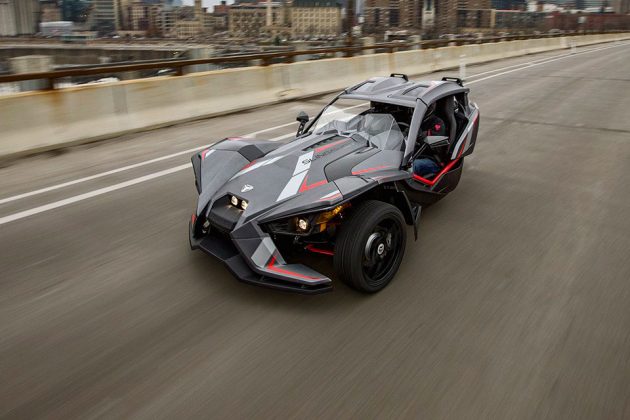 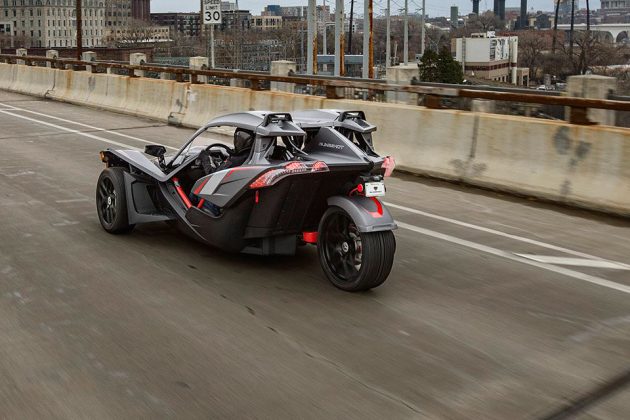 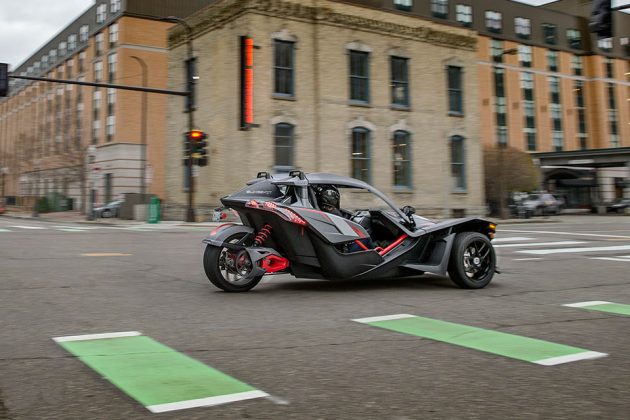 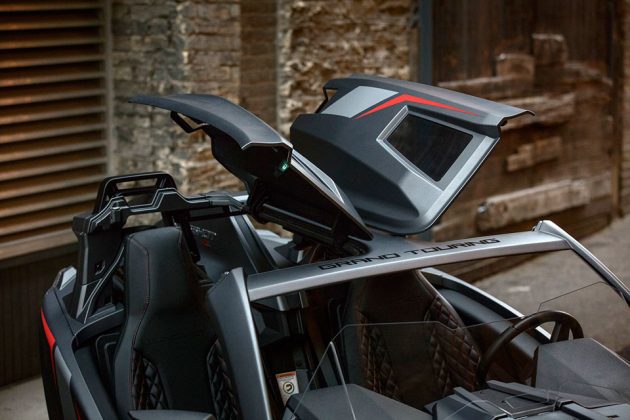 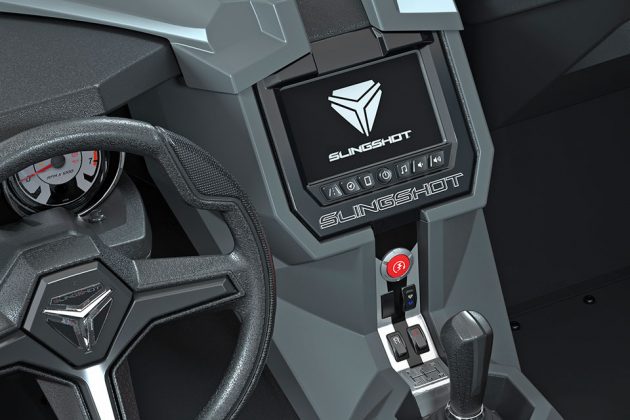