While most 20 something lads are out partying during their free time, one 22-year-old British chap from Bristol known only as “Ollie” spent the time he have tinkering with car. And he did not tinker with today’s factory performance car like many young chaps do; he worked on, a classic MINI, a car that is way older then he is. While impressive, his metallic orange coated classic MINI may invite frowns from MINI purists. As for us, we don’t really care because, 360 horsepower. Yes. This classic MINI here has over 300 ponies and that’s at the wheels! Holy mother… 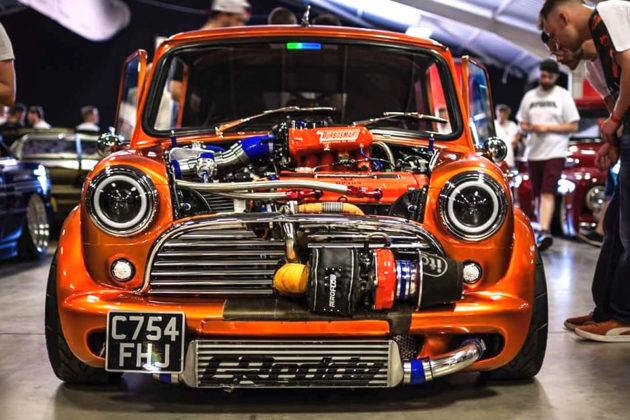 Granted, 300+ horses from a hatch isn’t alarming, but it is for this very, very tiny vehicle that hardly weighs anything. In fact, it could be one hell of scary ride. Anyways, it all started with a engine swap in which this lad pull the original motor and replaces it with the famed B16 engine from Honda. Yes. It is the B16, as found in the old Civic Type R from 1997-2000. That would be the B16B VTEC motor that puts out a then-astounding 185 HP. Obviously, the B16B motor, while capable, needs a helping hand to kick out more ponies and this is where that single, enormous Garrett turbocharger comes in. 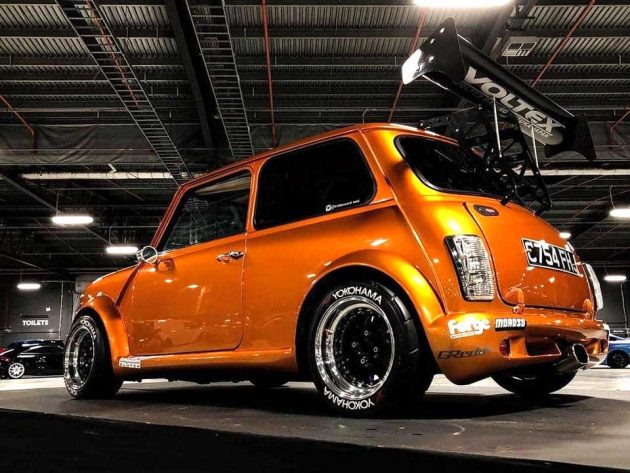 As you can see, the Honda engine and its ancillary components have the tiny MINI engine bay filled. In order to fit it, the manifold has be cut and moved up, and the lack of space, also result in the turbocharger and air intake combo, and the intercooler having to sit outside of the car. Personally, I love the ‘grunge’ look, but I can’t say the same for everyone. Right now, the MINI is still faithful to its original drive setup, i.e. front wheel drive, but the 22-year-old plans to turn it to all-wheel drive to better handle the new found power, or should I say, to handle the owner’s ideal power of 500 HP (!). 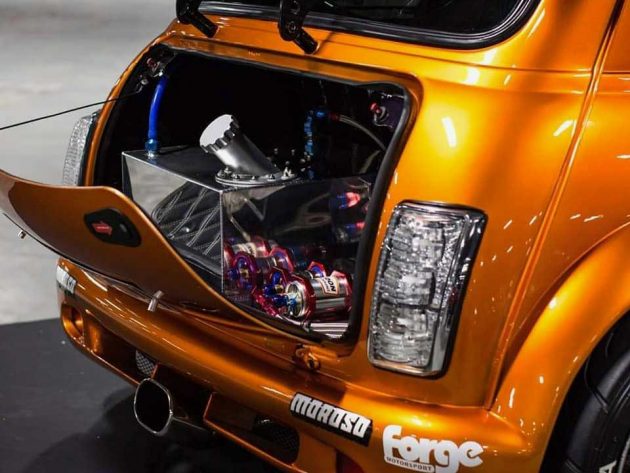 So yeah, we have yet to see the last of this striking and super quick classic MINI. You can learn more about in LivingLifeFast’s feature video embedded below, or you can keep abreast on “Ollie” classic MINI’s development on his Instagram page. 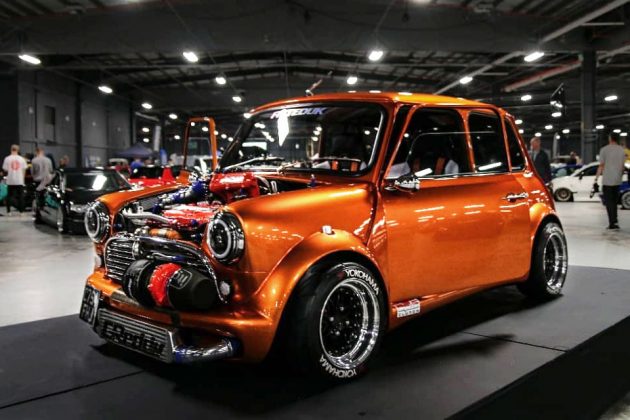