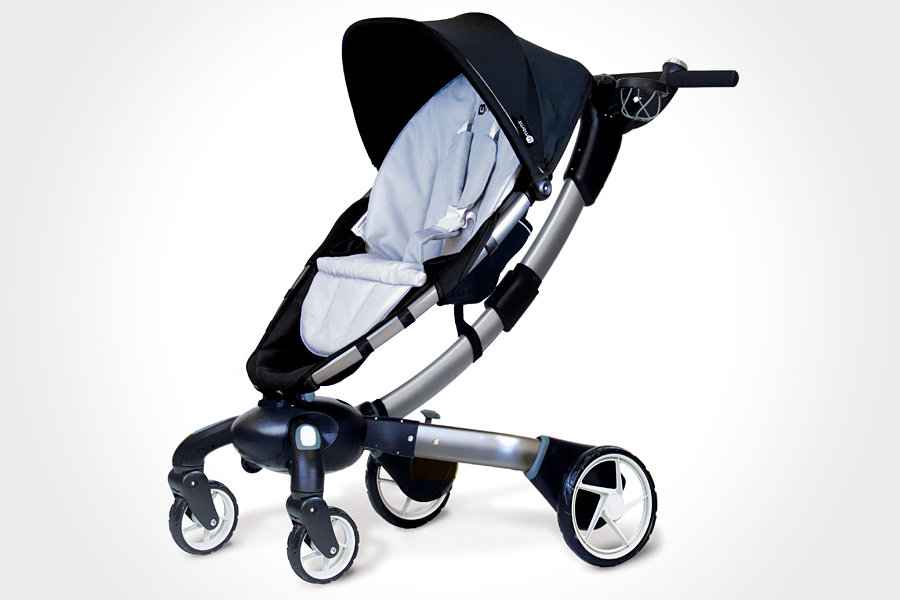 stroller is an absolute help to parents but one thing for sure is its rather cumbersome way of collapsing and unfolding them and i have a gut feeling that this is what 4mom’s origami has aim it sight squarely on. so what the heck is 4moms origami? to put it simply, it is a robotic stroller that folds and unfolds the stroller at a push of a button but of course, it has more tricks up its sleeve. the stroller is equipped to charge your mobile phone, keep tracks of your mileage that you have done with your little one, a cool LCD display, and generators in the rear wheels that charge the stroller as you walk. there is also daytime running lights, pathway lights (aka headlights) in case you love to venture in the dark with your child, a handy drink holder, and sensors that prevent you from accidentally chomping your kid when he or she is seated in the stroller. basically, it is a stroller loaded with modern technologies and aesthetically, it looks pretty futuristic too. the only downside is, it costs a stroller-princely sum of $849. wow. pardon me for my ignorance but that’s pretty steep price for a stroller. doesn’t it? a few more views and a short video intro of this awesome stroller follows after the break.
[ad#Google Adsense-text-468×60]