what does surveillance system has in common with a scooter? to be honest, we can’t think of any relation between the two. aircraft, maybe, but a scooter or even a motorcycle is way off the relationship chart. anyhow, that doesn’t stop renowned Japanese motorcycle builder Chicara Nagata from collaborating with Japan Security System to create a rather unusual security camera system by converting a 1966 Honda P25 scooter into a 360-degree surveillance system. information is scant, but my take is, it is probably part art, part surveillance system that’s supposed to be inconspicuous to whatever it is overlooking at (though at a rather strange waist level height). inconspicuous it is probably not cos’ the scooter looks so awesome that we can’t help but to take a second and third look. in another words, it basically begs for our attention. 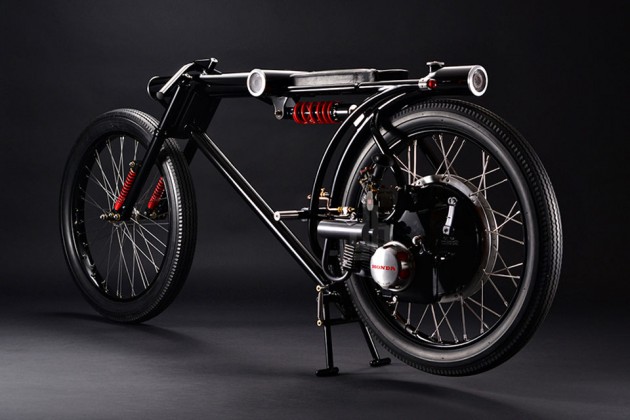 the moped was given a full visual transformation, sporting a telescopic frame, a complete suspension overhaul and is fitted with four Sony HD security cameras – one facing each direction. it might be a “surveillance” scooter now, but it is still a fully functional ride complete with a custom built 1.2 hp engine that makes all but 30 km/h (19 mph) of top speed. we are a little confused; here you have a beautiful, modified moped and yet, according to Design Boom, it is “mainly designed to be installed (note the word ‘installed’) in museums hall, building entrances, hotel lobbies and storefronts”, which in our humble opinion, is kind of a waste. anywho, we guess that’s the ride’s destiny. 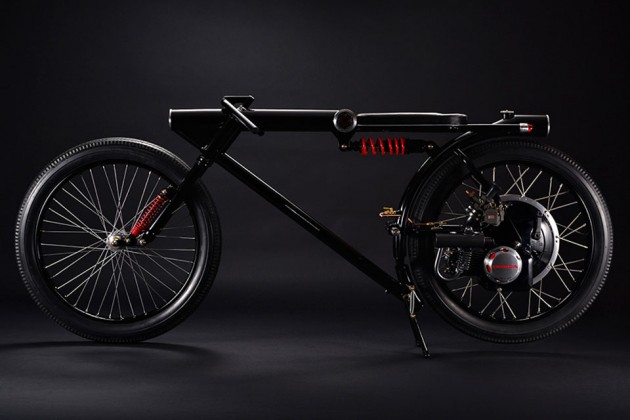