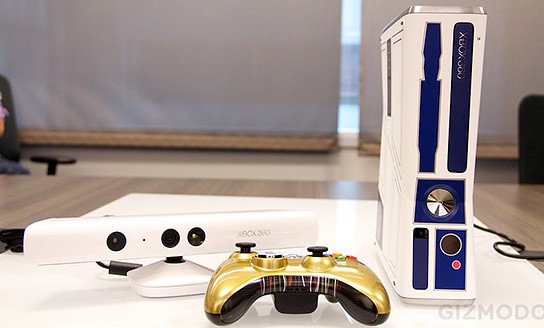 when i first stumbled upon this over at Gizmodo, i didn’t think it was real. i mean, i can’t believe Microsoft would officially put Star Wars in the mix with their game console but the truth is, it is in the making and all Xbox/Star Wars fanboy can expect this gorgeous baby to hit the stores sometime this Fall. the exterior is modeled after the cute droid hero R2-D2 but don’t expect anything radical like a whole new enclosure shape. the enclosure remains the shape that all Xbox 360 Slim owners are familiar with but with the added graphics and paint job that in one look, you could tell it is the R2.
[ad#Google Adsense-text-468×60]

R2 will even speak when you turn on your console and eject the media tray. pretty awesome. i am no Xbox 360 fans but if this thing lands on our shores here, i am so gonna to get it. though the reported price of $450 could be a prohibiting factor but then again, that will include a larger hard drive, a matching white Kinect and probably bundled with some Star Wars game. R2 is not alone, along with it, is the controller clad in shiny gold that every Star Wars will come to recognize it as R2’s bud, C3-PO. attention to detail were given to the controller right down to its silver D-pad to the ‘wires’ painted below the controller, replicating C3-PO’s abdomen.

check out more images of this awesome machine, courtesy of Gizmodo, after the break. if this R2 isn’t beautiful enough for it, perhaps customizing yourself one is the only way to go. 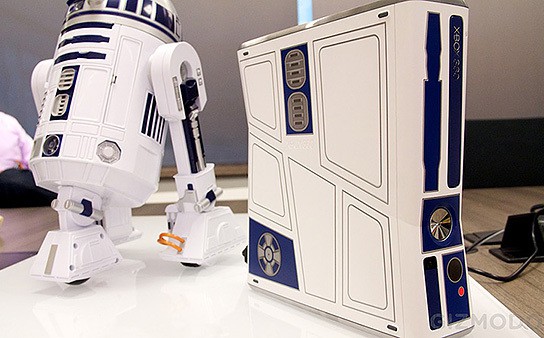 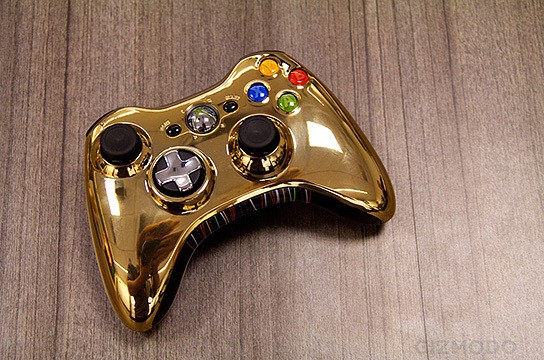 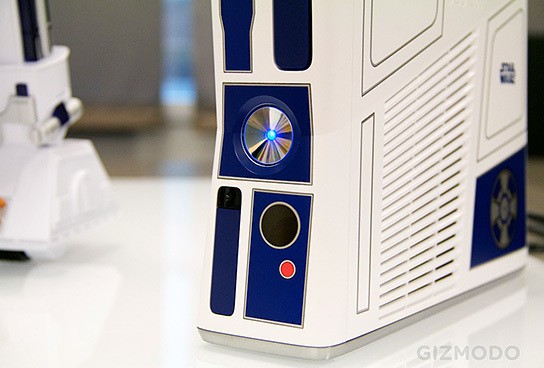 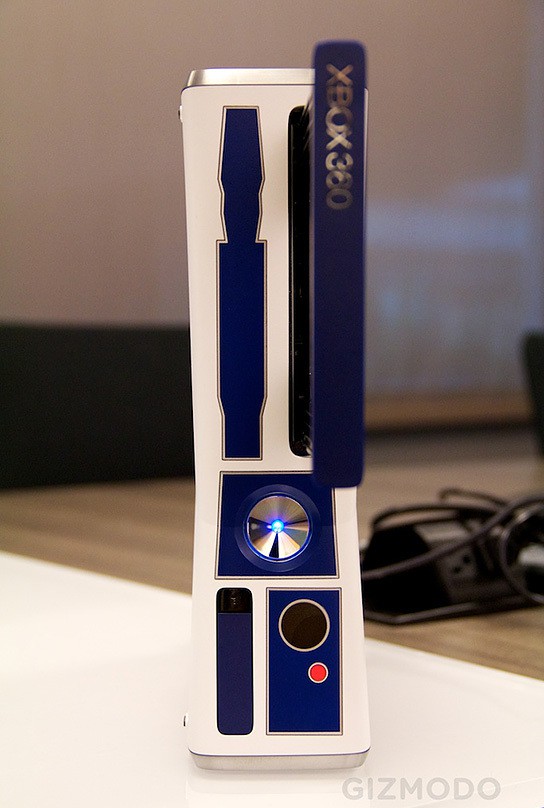