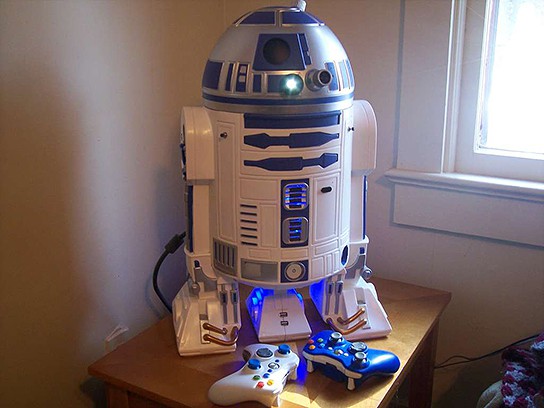 personally, i’m not a huge fan of xbox 360 but this xbox 360 mod done by an instructables member ‘pizonbongo’ really had me go ‘wow’. this xbox 360 in R2D2 guise is definitely going to put a smile on both Star Wars fans and xbox 360 enthusiasts’ face. what makes the R2D2 xbox 360 even more wicked is the game interface can be directly projected to a wall via a built-in projector inside the R2D2, albeit not being a holographic projection (we are not there yet, but soon, i believe). the projector integration makes the whole mod appealing and gives it an extremely cool factor, don’t you think so? check out the intro video after the jump and also catch some images of the awesome xbox 360 R2D2 after the break.
[ad#Google Adsense-text-468×60]