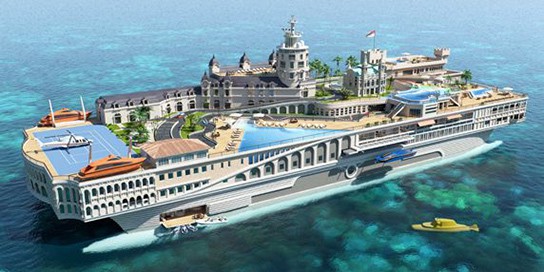 the world have seen many amazing concept yacht but nothing like this 155-meter “The Streets of Monaco” luxury superyacht that has a fully functional Go-Kart circuit. the boat, designed in resemblance of a section of the principality of Monaco, most notable for its Formula One city race track and the Monaco Yacht Show, looks almost like part of Monaco has been torn off and floated out into the open sea. the Streets of Monaco was designed by Yacht Island Design in collaboration with BMT Nigel Gee.
[ad#Google Adsense-text-468×60]

this island-like themed yacht would harness the advantages that comes from a SWATH (Small Waterplane Area Twin Hull) platform such as minimized motions from the open sea. the boat is split into four external deck spaces with the upper level featuring the main swimming pool that has a swim-in jacuzzi/bar and the Casino Square, with a glass-bottomed fountain in a tranquil garden setting. a multipurpose courtyard is found at the stern of the boat which also doubles as a helipad. expansive sun decks and BBQ facilities are also designed into this stunning vessel.

this superyacht will have a host of other amenities which include spa with manicure and hair salon, sauna/steam rooms, a relaxation lounge with a spa pool/bar, a gym and cafe bar with an underwater view of the main swimming pool, a cinema and a library. there are seven guest suites located off the lower atrium and this vessel is able to accommodate 16 guests and 70 crew. i’d imagine the (potential) owner to be someone who is super rich and thus, his or her suite will be nothing less than a private apartment located in the Prince’s Palace on the port bow of the upper deck.

did i mention that it has a sea level ‘beach’ decks and also comes with a dive dock and a submarine as well? i wonder what’s the purpose of the submarine? to tour the wonderful underwater world or for a more sinister purpose? powering this magnificent yacht would be diesel-electric hybrid which is expected to give it a top speed of 15 knots. there are more facilities than we could detail here but in a nutshell, you would find (almost) everything you’d expect the rich and famous would fancy or use on the The Streets of Monaco luxury superyacht.

how much? it’s a concept and in any case, this one-off design is almost certainly reserved for the super rich. if you own a couple of oil wells, you probably would qualify to get one. Yacht Island Design has a second creation which will be a smaller 85-meter yacht, basing around a Pacific Island theme. wow. 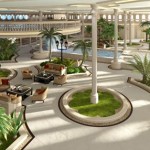 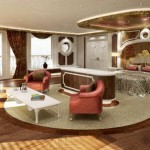 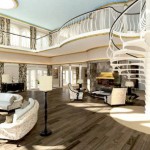