For the longest time, Razer Blade gaming laptops stood unchallenged for their game prowess in an astounding thin form factor. But not anymore. Acer, the name that’s also no stranger in the gaming arena, has took up the challenge to make a thin form factor gaming laptop called Predator Triton 700. While the 18 mm profile this black slab of beauty touts is not the thinnest in the industry, it is still far thinner than anything outside of Razer’s domain and perhaps more importantly, it has the grunt that should give gamers an alternative outside of Razer’s offerings. 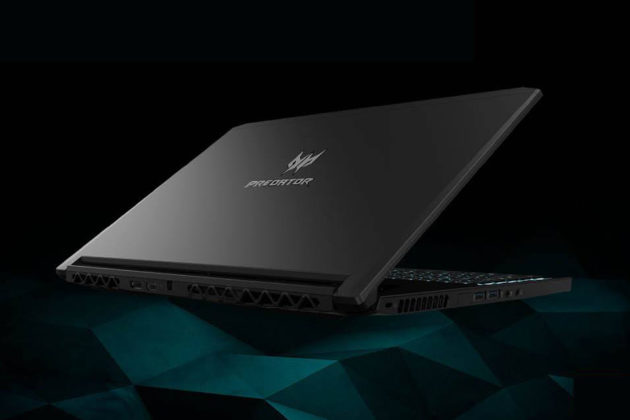 Packed inside its angular, aluminum body are quite something to behold too, including a brilliant 15.6-inch FHD IPS display with NVIDIA G-SYNC support, 7th-gen Intel processor, “latest” NVIDIA GTX 10-series graphics, up to 32 GB of DDR4 2,400 MHz RAM, NVMe PCIe SSDs in RAID 0 configuration, dual AeroBlade 3D metal fans, Acer TrueHarmony that puts out “crisp, rich acoustics,” Skype for Business Certification for clear and lag-free conversations, and gamers requisite: an integrated mechanical keyboard that’s RGB lit and can be individually programmed. It is no Chroma though, but at least you are getting some colors out of it.

Other notables include Killer DoubleShot Pro networking, Thunderbolt 3 connectivity, a pair of USB 3.0 ports with power-off USB charging, one USB 2.0 port, a HDMI 2.0 port, one DisplayPort connector, and a GigaBit Ethernet port, if wired is how you roll. Acer Predator Triton 700 also leverages on PredatorSense software that offers you a myriad control and customization.