While Tesla Motors is making headway in bringing electric vehicles to the masses, aircraft maker Airbus is also working towards the vision of eventually replacing fossil-based aviation fuel. Airbus E-Fan project started back in 2011 with the goal of developing more energy efficient aircraft in line with European Commission’s aim of minimizing aircraft CO emissions, as well as noise “to ensure the sustainable development of the aviation industry.” The first thing Airbus’ team looked at is the possibility of electric propulsion for aviation and that subsequently result in the development of the E-Fan 1.1 Experimental Aircraft as proof-of-concept. 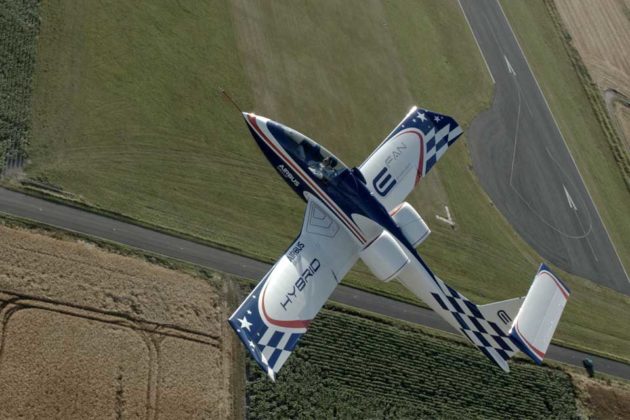 The experimental aircraft became the first electric-powered aircraft to cross the English Channel in 2015 and prior to that, it was the proud recipient of the Comparative Aircraft Flight Efficiency (CAFE) Foundation’s Personal Aircraft Design Academy (PADA) award and trophy. Fast forward to 2016, the E-Fan 1.1 has evolved into E-Fan 1.2, which made its U.S. debut at the 2016 EAA AirVenture in Oshkosh this week. Given today’s technology, electric propulsion is no doubt the obvious choice for zero emission, but it is not without its shortcomings, such as range. 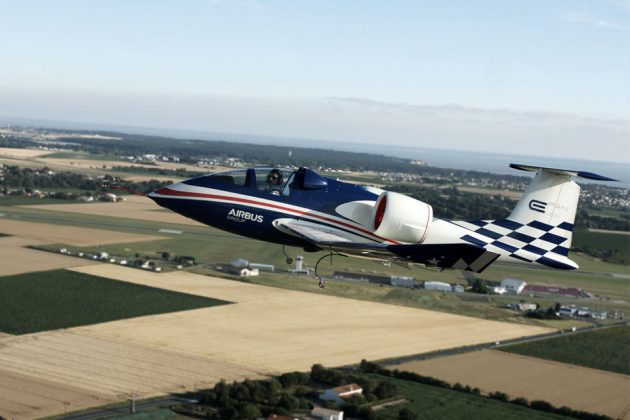 Land-based or even sea-faring vehicles will have no problem coping with range issue. After all, if the battery conks out, and they will, they won’t fall out of the sky like an aircraft. That said, this endeavor is easier said than done, but the folks over at Airbus E-Fan project has an intermediary solution: hybrid electric flight, which is what the E-Fan 1.2 is all about. Hybrid engine will not only boost the range but also reduce the overall noise emission. Naturally, it won’t achieve zero emission, but it is quite a leap from the current fossil fuel-gulping aircrafts plying the skies today. 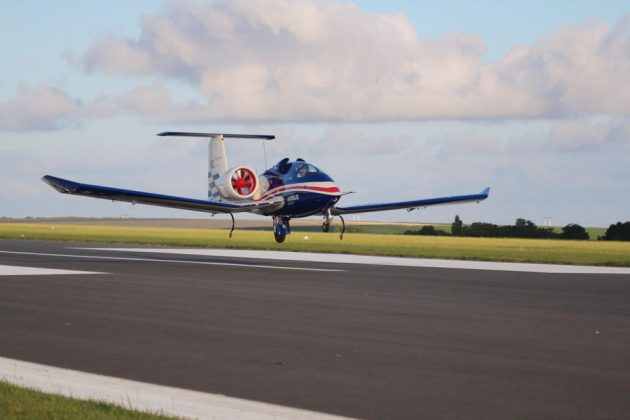 However, this is an aircraft which is accompanied with additional risks then, say, an automobile and so don’t expect it to see fossil fuel-free commercial fleet anytime soon. In fact, Airbus Group’s COO, Andy Anderson said the company “hope to reduce – and possibly eliminate – the use of fossil fuels in aviation design within the next 30 to 40 years.” So, for now, your best bet for electric flight is probably an aircraft like the Volocopter. 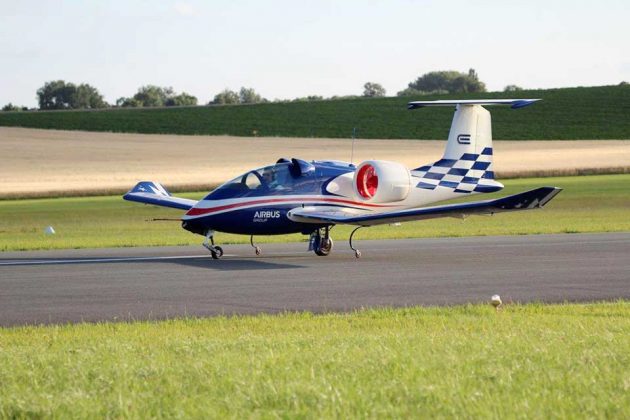