You know Lyft and Uber? They are a common sight these days, but in addition to the two prominent ride sharing services that operate mainly in big cities, Michigan has another unique form of ride sharing service and it is one that involves a horse and a buggy (or carriage, as some would have called it). So, yeah. It is a taxi with a ride that, technically speaking, has just one horsepower, but who cares about ‘horsepower’ when it is this cool? 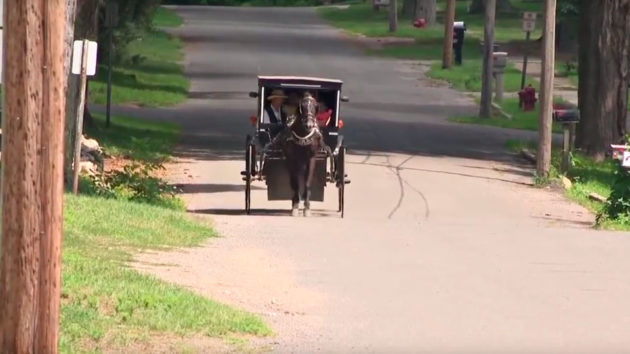 Started by an Amish man named Timothy Hochstedler, who apparently wants a slice of the ride sharing cake, this so-called “Amish Uber” is as unique as it a ride sharing can get because, horse and buggy. Seriously, do I even need detail why this “ride sharing” is so special? I guess not. For just 5 bucks a ride, Tim will command his horse (which I believe named ‘Morgan’) to wherever you want to go in the small town in Colon, Michigan.

Granted, this Amish Uber is probably for sightseeing and story-listening, more than getting from point A to point B. According to a news report by WWMT, Hochstedler’s service seems to be well received despite it not being technologically savvy like Uber and Lyft. There is no app or phone number to call to get onboard Hochstedler’s “Amish Uber”; instead, you get it whilst in Colon by flagging down the horse and buggy ride the good’ol way.

Here, have a look at a WWMT-exclusive report in the video below.