Millennium Falcon, it is not, but come this autumn, Star Wars fans around the world will be able to globe trot in perfect Star Wars style, thanks to a collaboration between All Nippon Airways (ANA) and the now Disney-own Lucasfilm as a cross-promotion for the upcoming Star Wars Episode VII: The Force Awakens film, which will be hitting the theaters this Fall. For this promotion, ANA’s Boeing 787-9 Dreamliner will be be painted to look like the iconic droid character R2-D2 from the Star Wars franchise. But why R2-D2 and not C-3PO, or even Darth Vader? Well, apparently, R2-D2 motif, which consisted mainly of white with blue accents, are fitting match to ANA’s blue logo and also, “R2-D2 character has a reputation for strong, reliable service – one of the hallmarks of ANA’s 5-star quality service,” ANAGlobalCH adds. 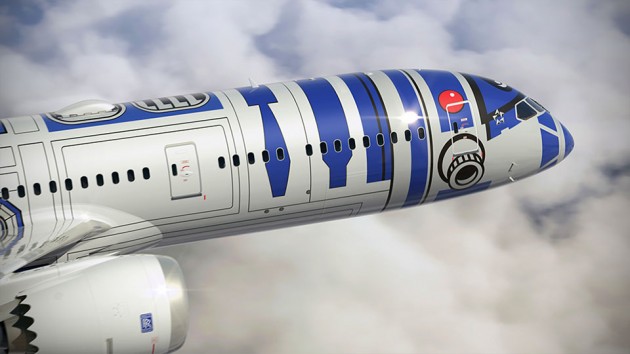 It is not known when exact the droid-inspired Dreamliner will take to the sky or how many of these B-787-9 will be involved. The publicity is likely to be limited to the aircraft’s exterior aesthetic, which means your satisfaction of traveling on one is likely before boarding when you are at the lounge, waiting to be boarded. So savor it while you can if you happen to travel in one this Fall. Though, we secretly hope that the air stewardesses will be dressed in appropriate outfit from the Galaxy Far, Far Away, like in Princess Leia’s costume complete with the dual buns, perhaps? Or, the pilots in Obi-wan or Sith Lord’s outfit? And perhaps, a Star Wars meals? Served by R2-D2? Nah. This won’t happen, because it only exist in our dreamliner. Anyways, do keep an eye out for it if you are so huge a fan of Star Wars culture. Catch a video of the R2-D2 Jet below. 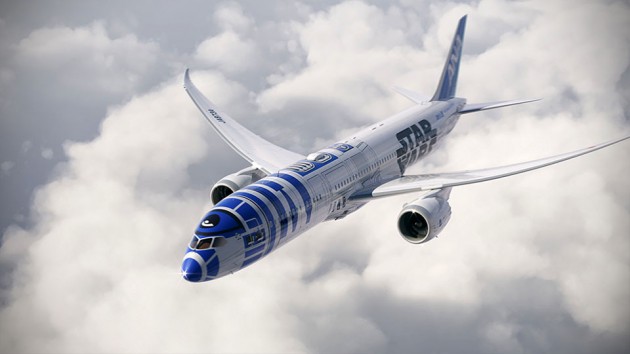 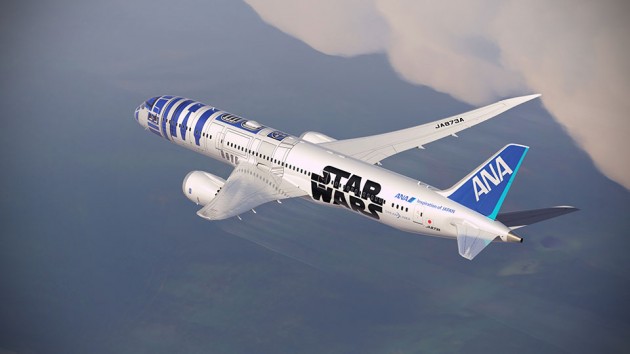 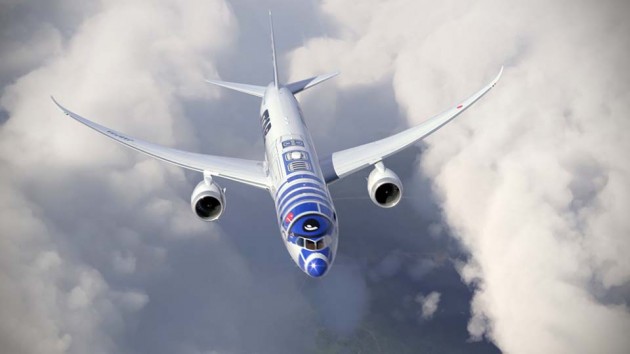