sure. the new Apple MacBook Air (Mid 2013) may not be radical in design – in fact, it looks just the same its predecessors, but looking beyond the Apple-sleek aesthetic that we are so accustomed to, we think this latest iteration has matured quite a bit and therefore, more capable in keeping up with the technological developments unfolding now. first and foremost, it is equipped with the power-efficient fourth generation Intel Core processors (up to i7) which bestows it with both speed and an incredible claimed battery life of up to 12 hours and up to 10 hours of iTunes movie playback. alongside the latest Intel chip is the new Intel HD Graphics 5000, a new flash storage that is said about 45 percent speedier than the previous generation, and supports for the 801.11ac WiFi protocol for faster web connectivity if connected to an 802.11ac base station such as the new AirPort Extreme and AirPort Time Capsule.

other usual features include LED-backlit widescreen display, up to 256GB SSD (11″ based now starts with 128GB), up to 8GB RAM, dual microphones, a FaceTime HD camera, one Thunderbolt port and two USB 3.0 ports, and the support for dual displays and video mirroring while simultaneously supports full native resolution. the new Apple MacBook Air (Mid 2013) is available now starting at $999 and $1,099 for the 11- and 13-inch model, respectively. 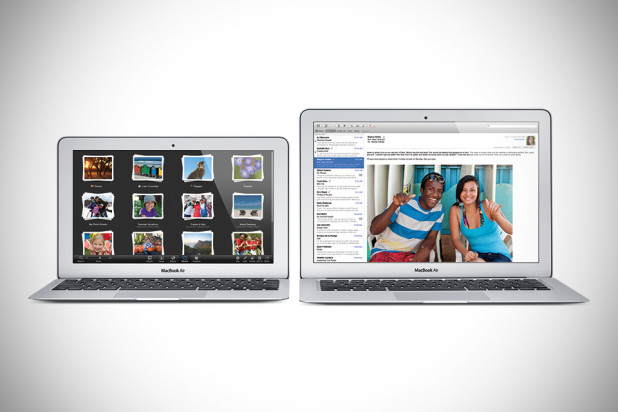