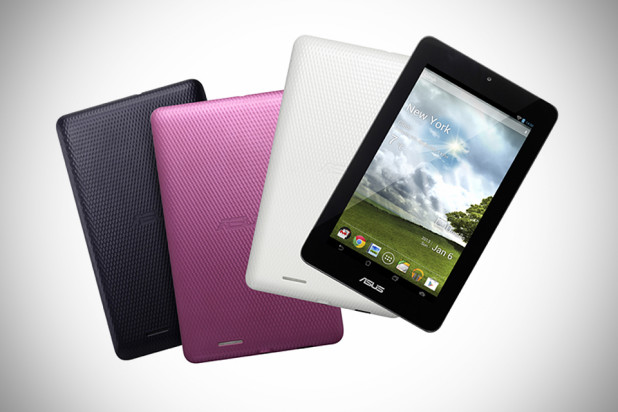 you don’t need to resort to eating bread or go on instant noodles diet on daily basis just to save up for pretty gadgets. the newly announced ASUS MeMO Pad Android Tablet is one good example of beautiful and functional tech that won’t punch a serious hole in your wallet. costing just $149 a pop, this stylish 7-inch slate from the Taiwanese firm will be making its way to select markets this month. the MeMO Pad is obviously an entry-level tablet and hence, there won’t be raging specifications to shout about. instead, it is trendy (well, at least from its back) and totally functional tablet with Android-injected fun. powered by a 1GHz VIA WM8950 processor with Mali 400 GPU and 1GB RAM, the MeMO Pad features a bright, 350-nit 7-inch LED backlit 10-point multitouch display with 1,024 by 600 resolution, a 1.0-megapixel BSI front facing cam that touts a f/2.0 aperture and HD 720p video recording capability, a choice of 8 or 16GB onboard memory, microSD card slot (supports up to 32GB), built-in ASUS SonicMaster audio and MaxxAudio for superb sound and a 4,270mAh battery for up to 7 hours of usage. of course, with the tablet you will also be getting the usual connectivity and sensors such as WiFi (oddly, no mention of Bluetooth in the spec list), audio/mic jack, built-in microphone, microUSB and G-sensor. measuring a compact 196.2 x 119.2 x 11.2mm, the MeMO Pad is as handy as the Nexus 7, albeit being a tad thicker (a wee bit heavier at 370 grams). boasting its aesthetic appeal is an elegant, non-slip diamond-patterned finish back that comes in a choice of three colors: titanium gray, sugar white and cherry pink. ASUS is also throwing in a free 5GB of ASUS WebStorage to sweeten the deal.