There are a lot of reasons why one would drool all over the new e-tron Quattro concept, including the beautiful flowing form that boasts a drag coefficient of just 0.25 and of course, an electric propulsion that offers a real-world usable 500 kilometers (310 miles) range. Speaking of electric propulsion, the e-tron Quattro concept is driven by three electric motors: one driving the front axle and the other two powers the rear axle. All told, the trio of electric motors push out 429 horsepower (320 KW), but there’s a temporary boost feature, which will bump the power to 496 horsepower and 590 lb-ft (800 Nm) of torque. 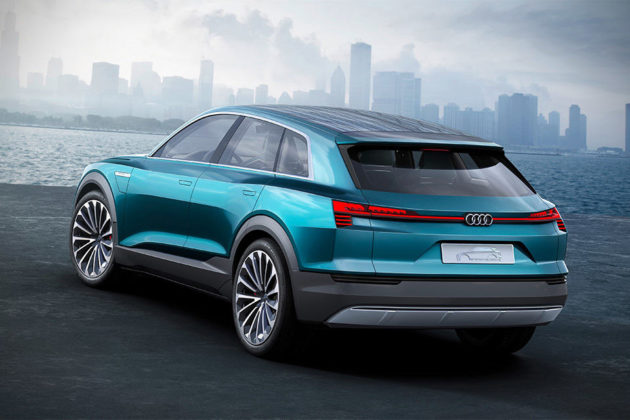 Put pedal to metal, the e-tron Quattro concept makes the century sprint (0-62 mph) in just 4.6 seconds, sending it on its way to an electronically governed top speed of 130 mph (210 km/h). Feeding the electric drive is a 95 kWh battery system, chargeable with DC or AC current. In addition, solar panels are integrated on the vehicle’s roof to supplement the drive system battery during sunny days. Aesthetically, the e-ton Quattro concept inherits the iconic Audi design language, sporting a 16 feet (4.88 m) five-door body with now-popular flowing, coupe-style silhouette (btw, Audi refers it as SUV. So I guess SUV, it is). There is a bunch of write up on how it gets its drag coefficient, but we shan’t get into the technical bits. 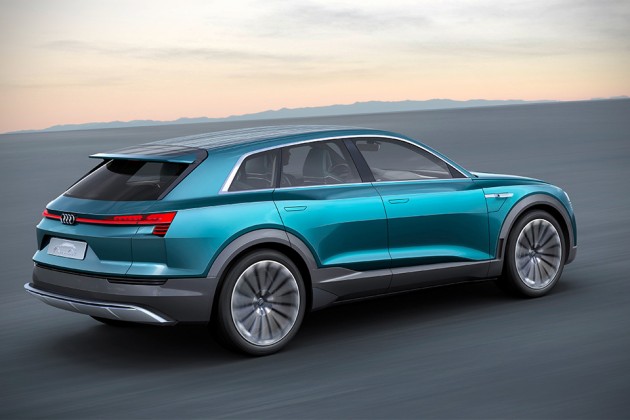 The Audi e-tron Quattro Concept will be making its appearance at the Frankfurt Motor Show from September 17 to 27, 2015. 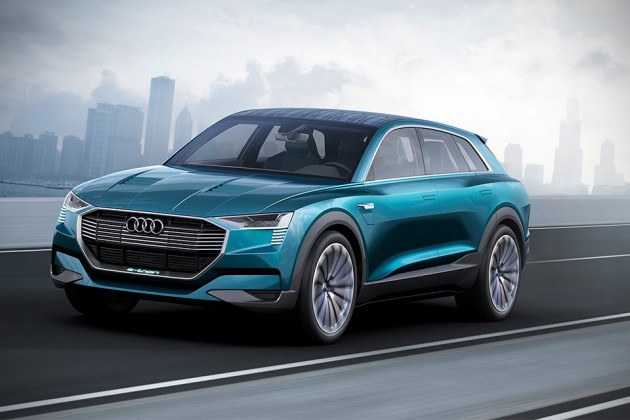 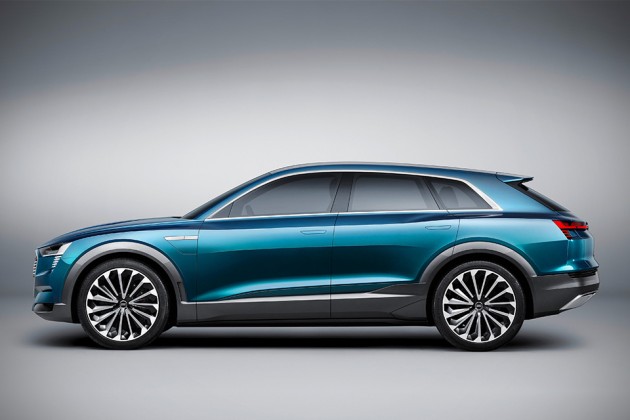 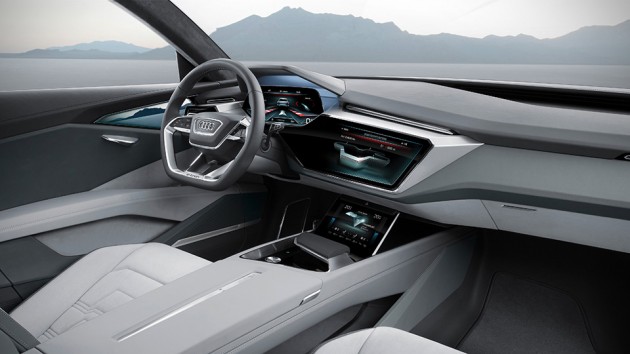