Chinese company G.Patton joins the rank of car customiser in turning stock variety into rugged-looking, off-road beast. The company recently show off its a standard Jeep Wrangler-based six-wheeled SUV/truck called Tomahawk (not to be confused with SRT Tomahawk, btw) at the Chengdu Auto Show in China. From the photos, the result look pretty awesome. I mean who doesn’t dig a 6×6 off-roader, right? However, according to a report, the conversion is not as refined as the pictures depicted on G.Patton’s website.

Basically what the Chinese customiser did was lopping off the rear section after the C-pillar and swapped it with a truck bed topped off with a hardtop and a massive tray-like roof rack. In addition, the Chinese Tomahawk gets sharp, flared wheel arches (which the report also noted are not properly aligned) and also quite radically different front fascia that looks almost like a very angry face. There’s a remote controlled electric winch upfront too and the rear is, apparently, tweaked too. Wrapping up the visual is a set of 17-inch alloy wheels shod with 35-inch Mickey Thompson knobby rubbers.

A closer look at the ‘angry face’… 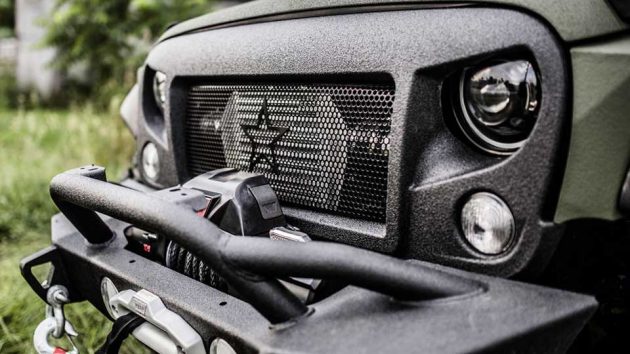 The cabin, on the other hand, appears to be remain pretty much stock with orange upholstery and of course, leather. Power comes from Pentastar 3.6L V6 unit, supercharged, naturally. Though no actual performance numbers were offered and also, the new-found heft is unknown, which means there’s not telling how this big guy will perform. Well, not that manufacturers’ numbers are entirely reliable. Just saying… The product images on the official website looks like pretty enticing, but based on the images found on CarNewsChina.com and the accompanying report, it may not very well be as advertised, if you know what I mean. China has been plagued by less than favorable reports on quality and this vehicle won’t be an exception.

Moreover, it turns out that G.Patton was reportedly U.S. Specialty Vehicles (USSV) name for their vehicles destined for Chinese market. So, you’d be forgiven if you smell fish. Don’t get me wrong. I was pretty excited when we first lay eyes on this six-wheeler, but further readings suggest we should take things with a pinch of salt. Anywho, we leave it to you to research and make your own conclusion – that’s if you are digging this Chinese Tomahawk. 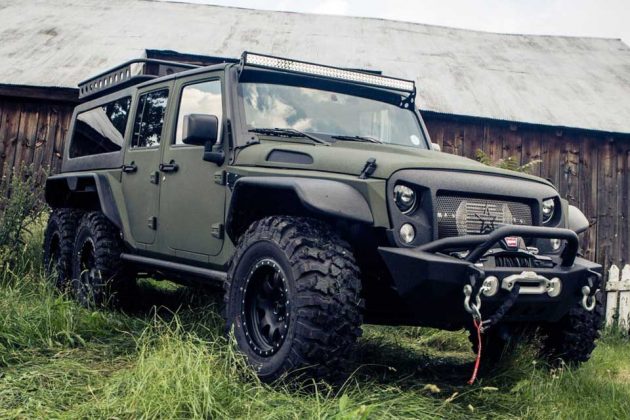