When it comes LEGO UCS (Ultimate Collector’s Series) Star Wars, they are pretty much as good as any LEGO Star Wars can get, but not all are without flaws. Personally, I have quite a handful of LEGO UCS Star Wars, which I am cool with, but not to imgur user jazzbass’s son. Starting with a UCS TIE Fighter set, jazzbass junior worked to turn it into a TIE Interceptor, paying attention to the aircraft wings, and the result is nothing short of spectacular. The details that went into the wings, which are the main mod here, are simply mind-blowing. 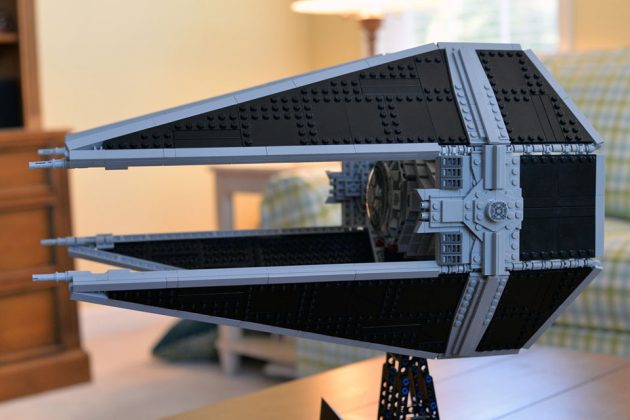 The now-LEGO UCS Tie Interceptor is everything what a UCS should be, if not better. The cockpit section remains as stock 75095 set, as is the stand. The spotlight here are the wings. They are intricate and yet not too overwhelming, which is what make this MOC/Mod pops. To be honest, I am not a huge fan of LEGO UCS TIE Fighter’s cockpit design (I am not into the UCS TIE Interceptor’s blue bits either), but with those Interceptor wings on, my perception has totally changed. It is totally awesome. Wait no. It is beyond awesome. Really.

Check out the detail… 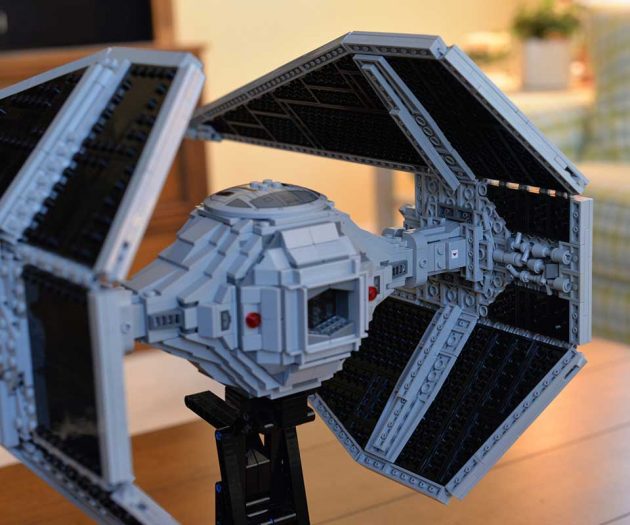 And here’s a shot of the fraternal twins… 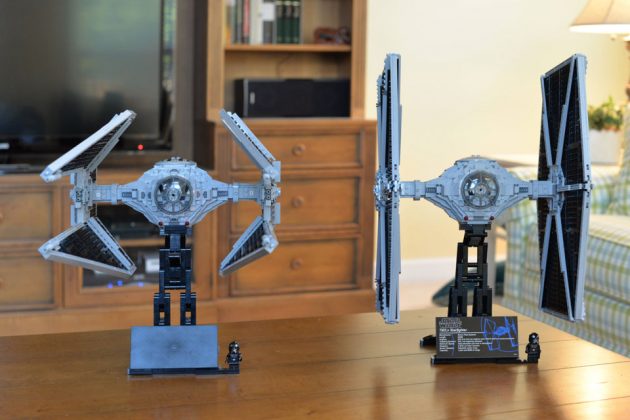 You can pick up more details of this Custom LEGO UCS Tie Interceptor on jazzbass’s imgur post HERE.

Also, if you want and you don’t already have the awesome UCS TIE Fighter, you can still acquire a brand new set for $178.46.