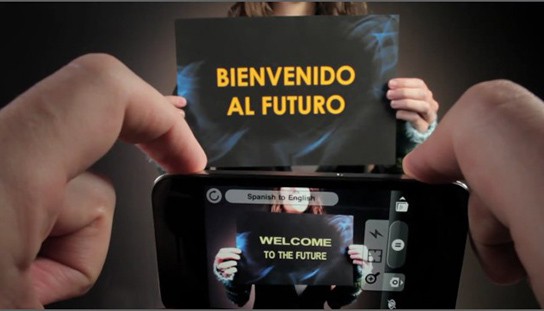 whether you are traveling for business or leisure, the one thing that bugs us is probably language barrier. how nice it would be if you can understand what the next sign says in an instant. right now, we have translator app for iPhone but then that would means having to type what you wanted to translate which is already a stumbling block. it looks like there’s a solution to traveler’s woes: it is called the Word Lens.

developed by Quest Visual, Word Lens uses augmented-reality to translate the foreign words on a signboard into English in real-time, and vice versa. currently, Word Lens only translate words between English and Spanish but there are plans for other languages. for Word Lens to work, just fire up the app and point at the sign that you want to translate and there before your eyes are the sign in the language that you want. pretty amazing. really.

the app is free and is available on the iTunes store but you will need to purchase the languages at $5 each. aside from instant translation, the other advantage is once the app and the languages are downloaded and installed, there’s no need to connect to any network to get going with Word Lens.

i have this lasting negative impression of translator. partly due to the experience i had with the online translator which often give gibberish translation which, at the end of the day, had me deciphering what’s the translated text means. i am guessing Word Lens won’t be as perfect either but at least we get the a general idea on the translation. besides, how long a sentence on a signboard can have? less words, less mistakes.

Word Lens will work with iPhone 3GS/4 and iPhone Touch with camera. though, it will also require the device to be running at least iOS 4.0.