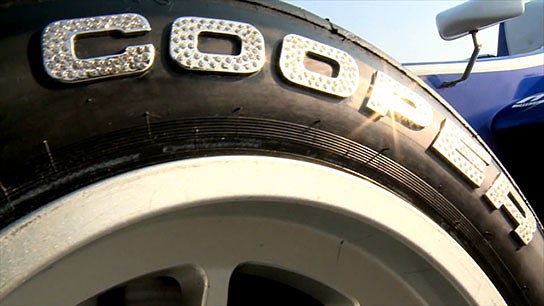 how best to celebrate the diamond anniversary of the British Formula 3 Championship then with diamonds? in that sense, Cooper Tires have approached FK Diamonds to bling up the tires of a Formula 3 race car. the end result is what you see in the image above – tires blinged up with diamonds and crystals. also check out a short clip on how it was done after the break. according to Freddie Keeble of FK Diamonds, they have done many unusual settings but tires are the first.
[ad#Google Adsense-text-468×60] 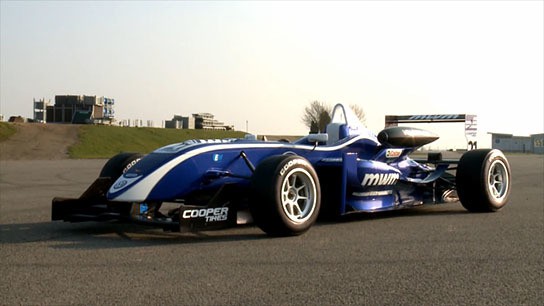 in order to bling up the tires with a combination of diamonds and crystals, the jewelers cut a template of the Cooper Tire logo out of metal, prepped it with holes before setting the diamonds and crystals on them and finally, rhodium plated them to give the letters the white gold effect. these individual letters were then attached firmly onto the tires with a strong adhesive.

these special one-off tires set were bolted on to the Formula 3 race car driven by Rupert Svendsen-Cook and was unveiled at Silverstone during the launch of the 2011 Cooper Tires British F3 International Series. it’s a good thing these tires were on a track-only race car, else those precious stones would be gone in no time if they were on a street car.