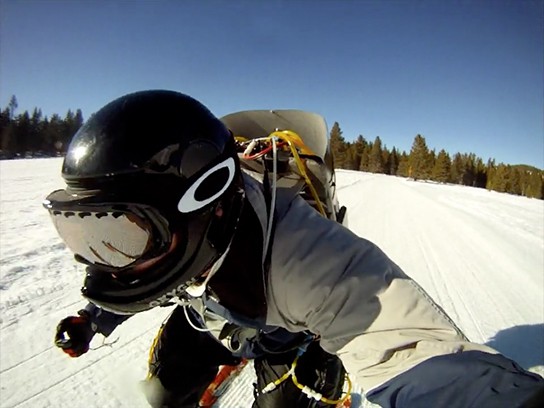 What happens when you put a homemade jetpack on your back and slipped on a pair of skis? Well, it would be an exhilarating 47 mph ski down the snowmobile trail! That was what Troy Hartman did. In fact, Hartman’s jetpack was originally meant to be used to fly out of an airplane at 8,000 feet. Something which i would never imagine doing.

However, before becoming a rocketeer, Hartman decided to use the jetpack on skis first and the result was what you see in the video after the break (can we just Hart has a nice jacket?). Still, Hartman’s ultimate goal is making the jump with his jetpack and we wish him all the best.