Most speaker systems, wireless or not, always have two things: the speaker grille and a few buttons for music control. The latter has been a design challenge for audio equipment makers who cared about aesthetic, but then touch control came along and practically alleviate this design eyesore. For Danish high end audio equipment maker Bang & Olufsen, however, touch control isn’t enough. In addition to touch sensitive aluminum interface, the Beosound Edge has proximity sensors that light up the speaker when sensing your approach. Fancy. 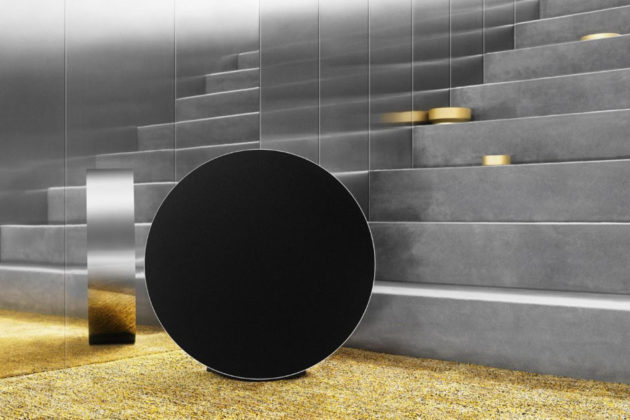 While you will be able to start, stop or skip tracks with simple taps on the surface of this sleek circular speaker system, it is the volume control that has us reading about it with much curiosity. You see, the entire circular form is the volume control knob. You know how a volume knob works? You turn the knob clockwise and anticlockwise to turn the audio up or down. The Beosound Edge is something like a traditional volume knob, except that it does not twist full 360 degree; instead, it rotates a few degrees and upon letting go, it gets back to its original position. 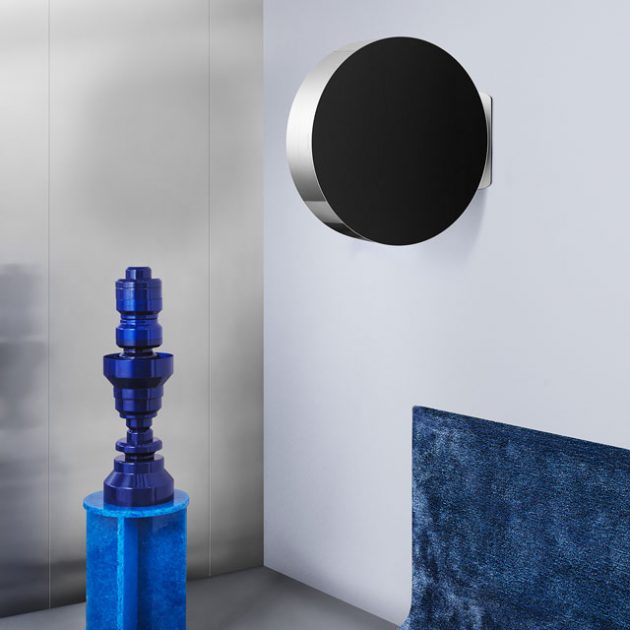 Though so, it is still an intriguing take of volume control and a detail only a company like Bang & Olufsen could come up with. Beyond that, this half-a-meter in diameter high end speaker system packs an active bass port, two 3/4-inch tweeters, two 4-inch midrange drivers, a slim 10-inch woofer, and no less than six Class D amplifiers that worked together to deliver “powerfully dynamic sound performance for the home.”

Bang & Olufsen Beosound Edge can be sat on the floor or wall mounted. In either case, it has a specially designed, unobtrusive bracket/stand that would allow the volume control function without obstruction. The Bang & Olufsen Beosound Edge Speaker made its official debut at the IFA in Berlin, but it is not known when it will come onto the market. If you are so inclined, you can sign up to be notified about its availability. Similarly, pricing is also not known. 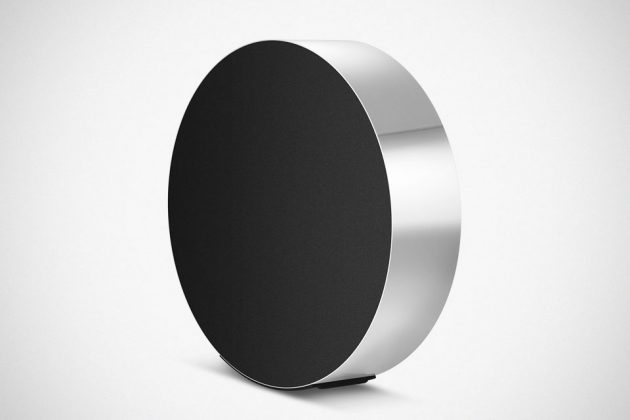 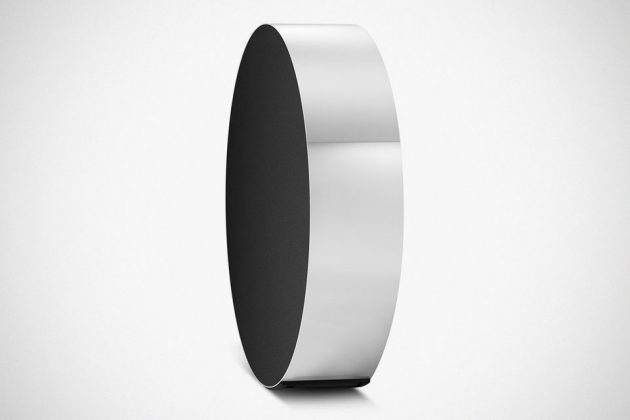