When it comes to beer, it is certainly not the go-to alcoholic beverage for classy events like, say, reception of operas, galleries, or black tie event. The impression of beer is that of pubs, bars, man caves, or sporting events. In short, it is never about classiness. If anything, beer conjures up of rowdy crowd often in a state of drunken stupor. However, German brewery, Beck’s, wants to change this “undesirable” image/perception and it is starting with a special edition Beck’s canned beer that bears the shape of an elegant champagne glass called Le Beck’s. Snazzy. 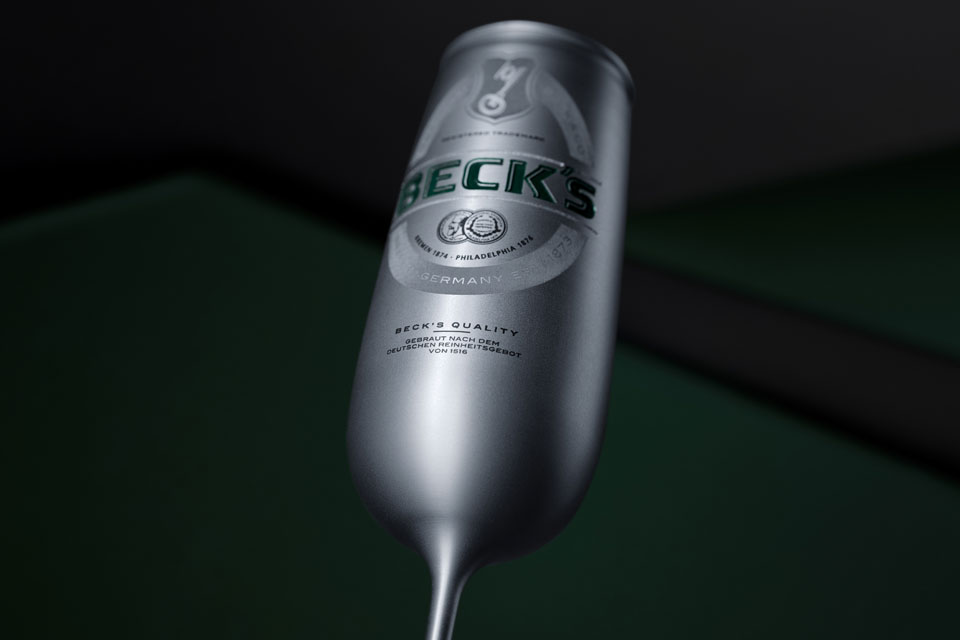 Obviously, the complex-than-your-run-of-the-mill-can is more difficult to manufacture and more costly, and hence, when it was first introduced back in March, it was a special limited edition beverage that was served at exclusive events. Then, the beer lovers responded positively. Beck’s felt encourage and it is now considering to mass produce. Who knows? This might set a new standard for beer packaging. Or maybe not. Beck’s has called upon German advertising company Serviceplan Group to help the beer maker to realize its bold vision of making its beer classy. 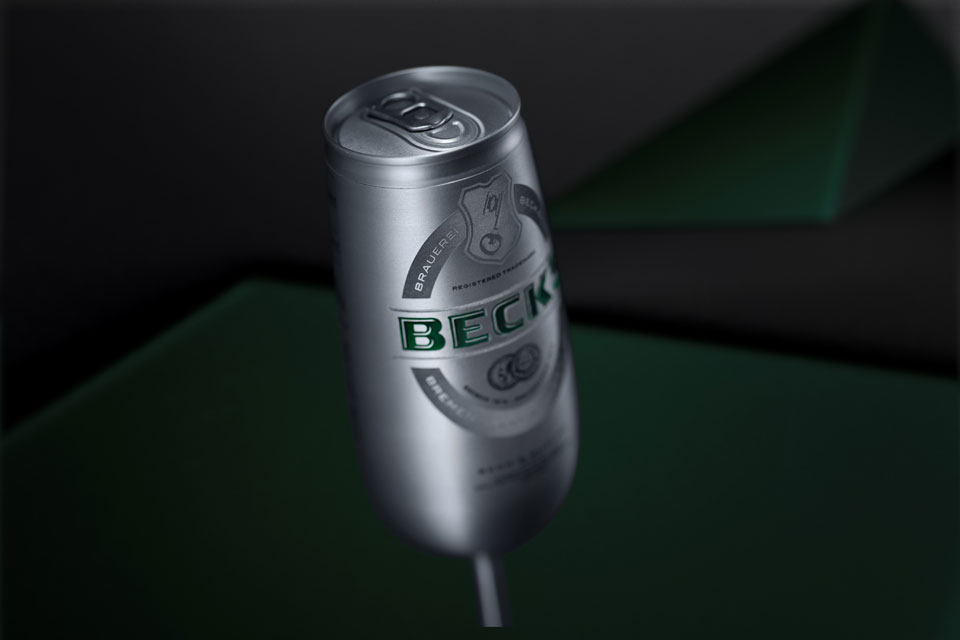 The result is a classy can in the shape of champagne flute in brushed aluminum finish, ornamented with branding and graphics created through precision laser and analog engraving. From the side, it may lead one that think that someone has create a champagne glass with a Beck’s can, but upon closer observation, the top hinted that it is, after all, a can of beer. In fact, a regular beer can top, compete with pull ring and all, is what makes the Le Beck’s fun.

Continue reading to catch the promo video posted by Serviceplan. 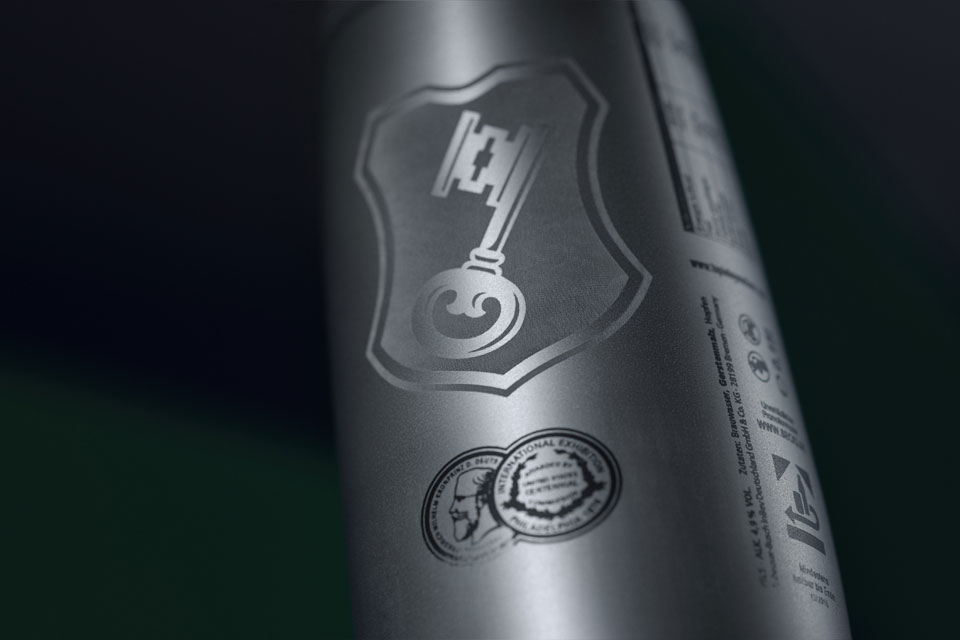