Brilliant minds are hard at work to give machines autonomy so we could have it easy. Today, autonomous vacuum cleaner and lawnmower are already a common sight. There others too, like autonomous farming tractor and seeding robot et cetera, and today, we hear that the construction industry is embracing autonomous machinery too, starting with the LEGO Technic 42081 Volvo Concept Wheel Loader ZEUX set. 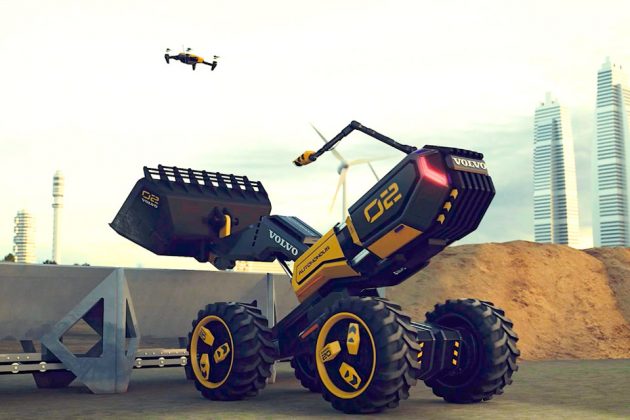 Wait. That’s a LEGO Technic set, is it not? Well, yes, it is. But according to Volvo Construction Equipment, LEGO’s collaborator of this futuristic construction equipment, ZEUX may be a LEGO set for now, but the technologies in it are already there today and therefore, the company does not dismiss the possibility of it materializing in future. 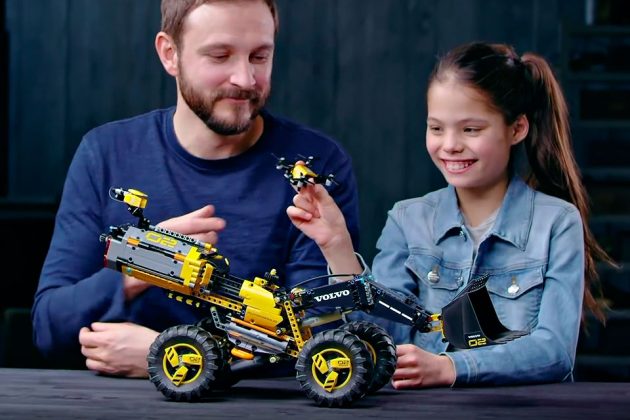 Anyways, the LEGO Technic 42081 Volvo Concept Wheel Loader ZEUX set will hit the stores in August 2018 with a yet to be disclosed sticker. As for the real world machine, it will exist as a digital prototype for now. As far the toy set and the envisioned autonomous machinery are concerned, the 42081 is crazy futuristic – both in the aesthetic and the technology department. One of the more intriguing feature is a thing called the Eye. 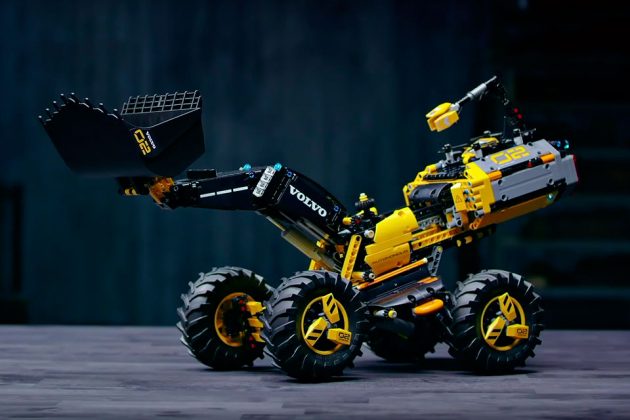 The Eye is basically an adjustable boom-mounted camera atop of the machine that will let people around it know where the vehicle is “looking.” In other words, it can kind of make “eye contact” with humans and acknowledging their presence. Amazingly, the Eye is one of the feature dreamed up by children who participated in a focus group. Yup. Children, with their boundless imaginations, were part of the team that came with ZEUX. 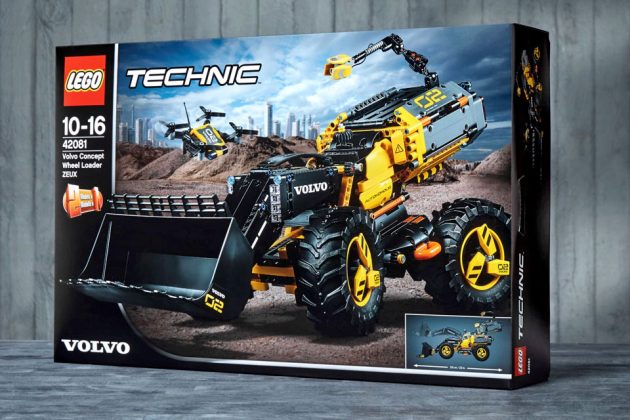 Additionally, this wheel loader of the future also have another set of “eye.” This other “eye” exists as a scout drone that ZEUX can dispatch to survey the surrounding, thus enabling ZEUX to be aware of things that are even out of its immediate line of sight. With the information provided by the scout drone, ZEUX will be able to better plan its work, said Volvo CE. 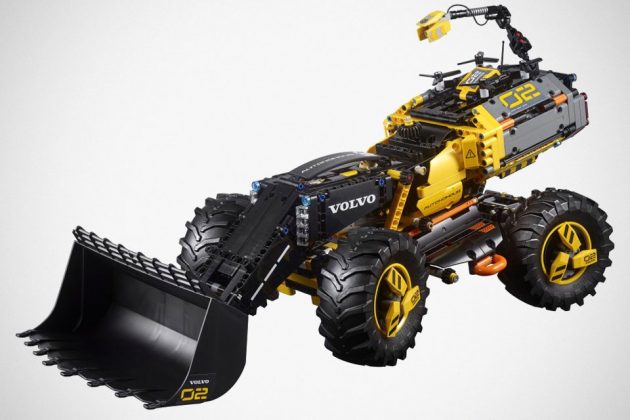 As far as the toy, it features working boom and bucket, moving counterweight, the said mapping drone, articulated four-wheel steering and alternative model construction. As a real-world digital prototype, the ZEUX shares much of the features as the toy, but with the additional details on its drivetrain which will be four 25kW electric hub motors, one at each wheel.

The motors are powered by a 150 kWh battery system that offers 3-5 hours run time before needing to be recharged at its induction charging station. There are more; sensors in the wheels will allow ZEUX to achieve balance when traversing over, say, undulating surface such as a pile and then there is Ackermann steering on both axes that will ensure even more stability when in full turn.

You can learn more about the LEGO Technic 42081 Volvo Concept Wheel Loader ZEUX set in the video embedded below.