Surprise. Surprise. Japanese streetwear brand, A Bathing Ape (better known as BAPE), has come together with French luxury watchmaker, Bell & Ross, to release two limited edition Bell & Ross timepieces to mark the pop culture streetwear brand’s 25th anniversary. I am not going to lie. I never thought this would happen. I mean, BAPE’s products ain’t cheap, but I hardly see it as the kind of luxury held by a brand like Bell & Ross. Just saying… 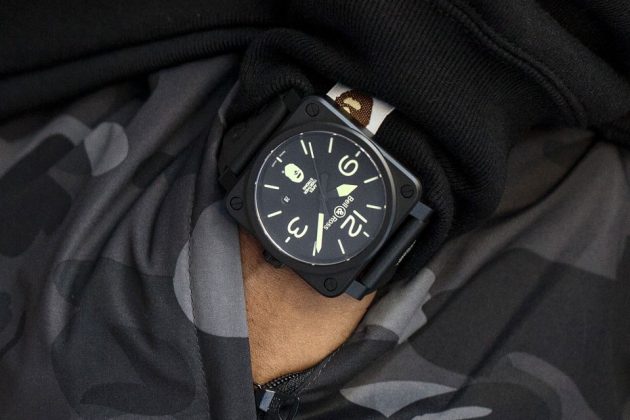 Both watches are based on the BR03-92 watch which features a dial formed by two overlapping inserts with the upper section is cutaway around the numerals and indices. 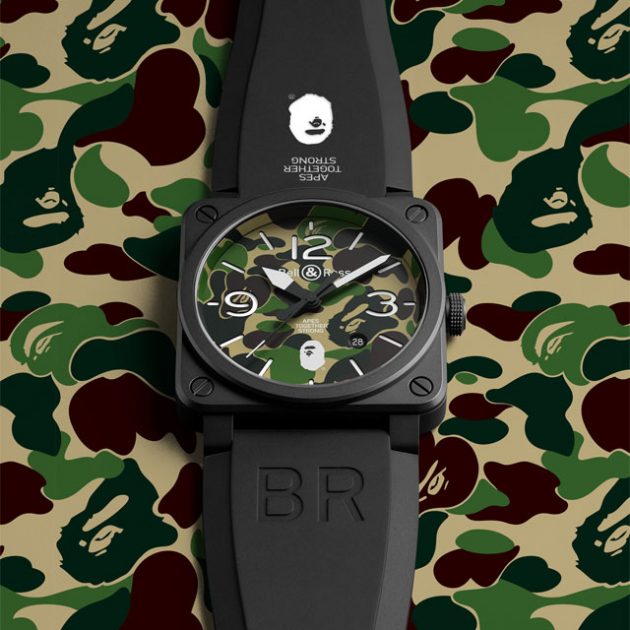 The 25th anniversary version is limited to just 25 piece and boasts features including the iconic Ape’s head on the dial at 6 o’clock, ultra-phosphorescent green numbers, and Superluminova C3 treatment. Each unit comes with a water-resistant PELICAN box and two straps: a black rubber version with BAPE’s branding – engraved and hand-filled with lacquer, and a calfskin version, sporting BAPE’s trademark grey camouflage.

As for the Green Camo, it features the famous BAPE CAMO on its dial, paired to a minimalist black strap with Ape’s logo engraved on it. 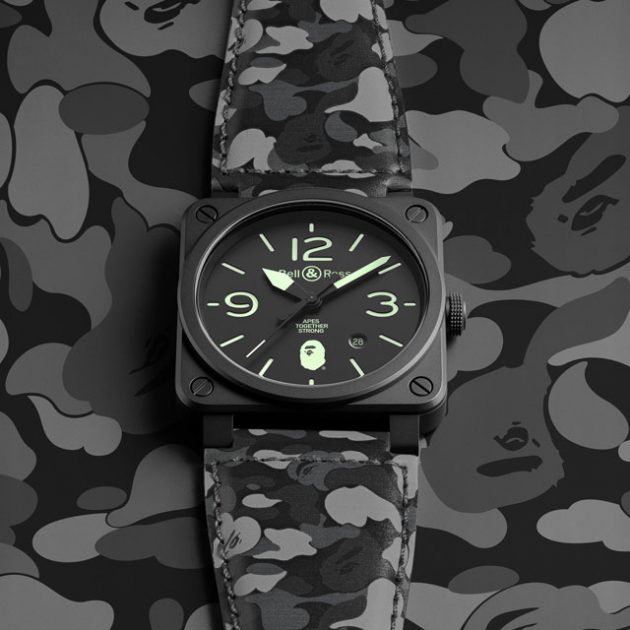 The Green Camo has a little more quantity to go around, at 100 pieces worldwide. Both timepieces are available on BAPE’s retail network and at select Bell & Ross boutiques. As for the pricing, we are clueless at this point. But my best guess is, the Green Camo should be going for 4,000-ish, and the 25th Anniversary model will be, logically, a tad more at maybe 5,000, or 6,000-ish. 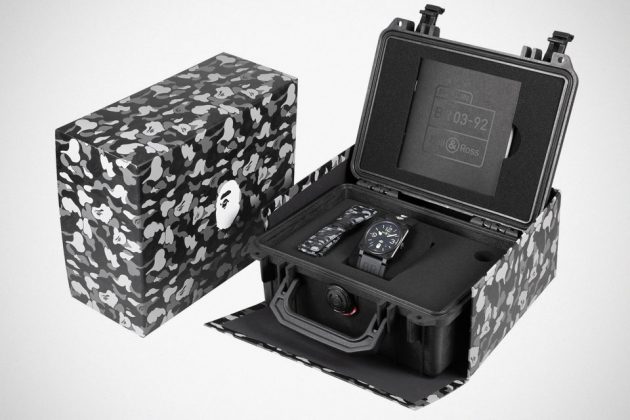 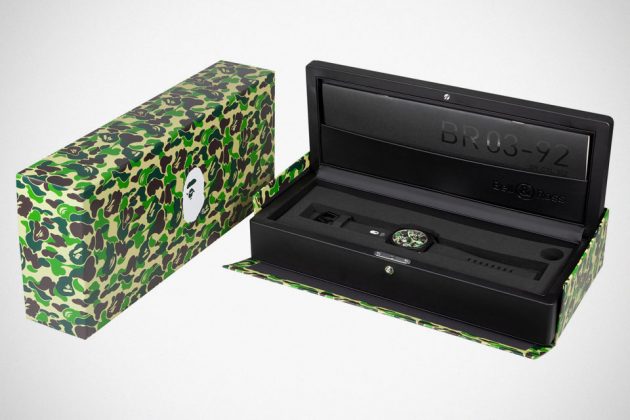 All images courtesy of Bell & Ross.