So, you missed the only chance to own an off-road prepped Bentley Continental GT, but deep down, you know that you still want one. Badly. Well, here’s the good news. While the Bentley Continental GT “Offroad” peddled by an outfit called Classic Youngtimers Consultancy may not be the same machine featured in NatGeo’s Supercar Megabuild, but it should does the job just as well. Powered by the same revered but really quite unnecessary complicated 6L W12 engine, this once made-for-tarmac luxe beast kicks out 560 hp and 479 lb-ft (650 Nm) of torque that would enable it to wipe the century sprint in mere 4.8 seconds and makes 197 mph (318 km/h) top speed. 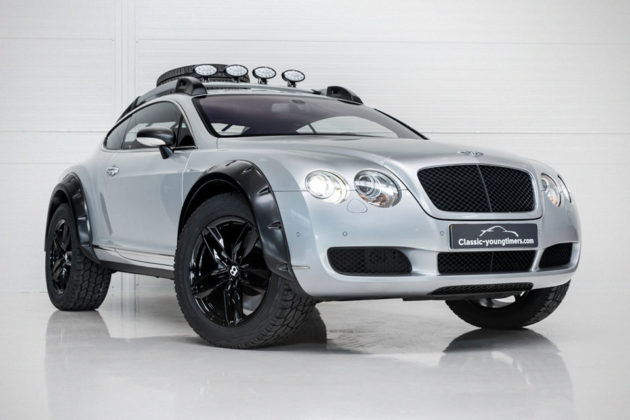 We are not sure if it is as quick on godforsaken terrains, but reassure, it will still be fast. Very fast. At least, it should be fast enough for you make a quick getaway when the zombies are upon you – if that day should ever come. This Bentley Continental GT “Offroad” begin its life as a regular Continental GT until someone over at Classic Youngtimers decided that this thing should reach more places on Earth, including bad terrains. As such, a myriad of mods were made, including a jack up suspension, modified stabilizer and air suspension, tweaked front and rear spoilers, as well as inner side front and rear wings, and all exposed-to-the-ground components, such as coolers, tanks and whatnot, are sucked up further upwards, so they won’t be hurt when traversing over rough terrains. 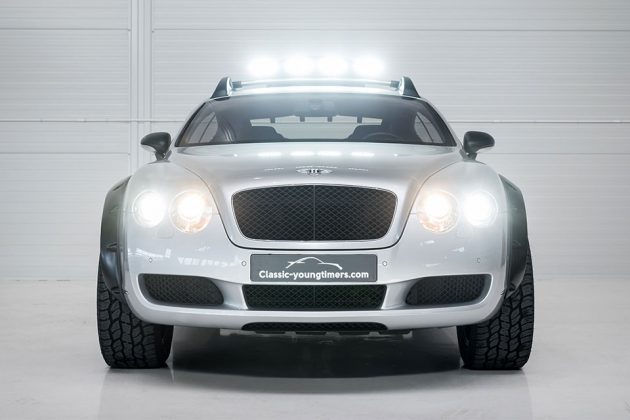 And then there are the flared fenders, custom made to accommodate the fat 285 high-speed all-terrain rubbers wrapping the specially made 20-inch wheels. A few other mods are thoughtfully incorporated too – with the road less traveled in mind, obviously. It includes quad Hella LED lights fronting a custom roof rack that has a custom spare wheel on it, custom rear light bush covers, and custom rear skid plate. The exhaust is modded too for, you know, better sound and also, adding a little more oomph to the ride. Who knows, the rumble from the louder exhaust may help to scare away the undead – that’s if they even can hear anything at all. Oh, wait. They can? OK… 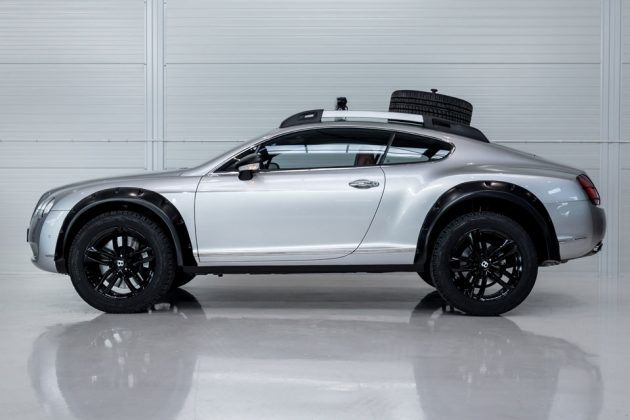 Everything seems to be in order, whether you are looking to take this ride off-road or prep for the apocalypse. Everything, except for the paint job. Why the hell is it in striking pearl white? I think this ride deserves a matte black or camo wrap pronto. Now, for the good news: this Bentley Continental GT “Offroad” is something which you can own in exchange for your hard-earned dough. But how much, we do not know. Like automobiles of this nature, the price is “Price on Request.”

If you want one, you will have to touch base with Classic Youngtimers Consultancy to work out a deal. A heads up though: the car is in The Netherlands, so you probably have to fly there to inspect the ride before you even begin talking about pricing. Just a suggestion… 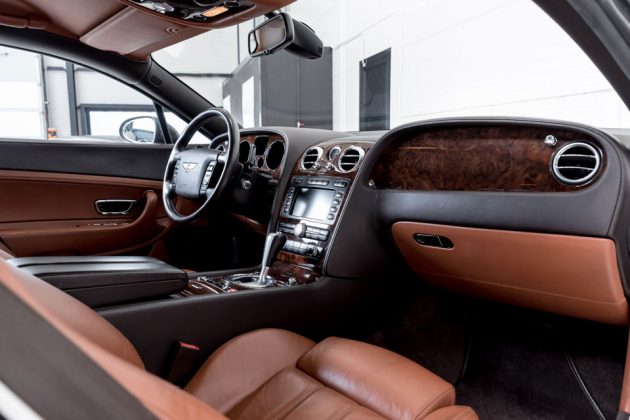