In one episode of the National Geographic’s TV show, Supercar Megabuild, a Bentley Continental GT was ‘brutally’ put under the knife, turning it from a luxury road car into an apocalypse-worthy, luxury off-road vehicle. It was an act not all Bentley enthusiasts will condone and this being a Bentley, nobody would have fancy an off-road version anyways, unless, of course, it is an official factory example. Me, on the other hand, kind of love it, but I could be the minority and minor love it did get because, despite the 101 bids it has attracted when this one-of-a-kind ‘rally-spec’ Bentley Continental GT went on the block, it only managed to conclude with a £40,800 sticker (roughly US$55,000), which is lesser than an untouched Bentley Continental GT would have fetched. 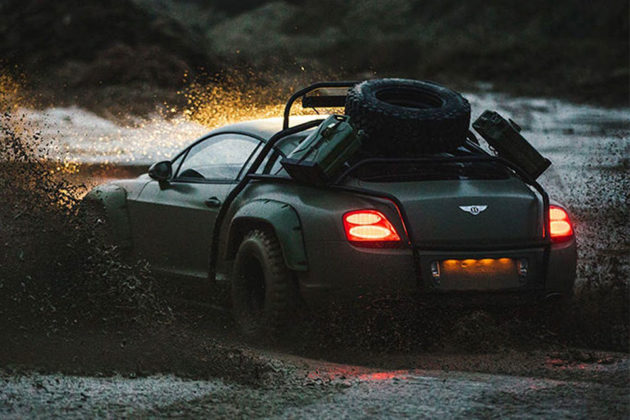 Started out as a regular Bentley Continental GT, this now off-road capable luxury coupe was given £25,000 (about US$34,000) worth of upgrades and modifications, which includes a lusty Khaki Green Very Dennison Wrap, eight (!) Quantum Racing single adjustable shocks, 17-inch custom banded steel wheels wrapped in 265/65 R17 INSA Turbo tires, ADS Steel external roll cage custom painted in black, Lazer Lamps triple R24 LED racing light, custom lower arms and a very drool-worthy wide wheel arches, Comp-Brake custom front brakes, bash plates underbody protection, and rounding up the look department are a spare wheel and a gas can affixed to the rear. Now, if those aren’t apocalypse-ready, well, in the luxury sense that is, I don’t know what is.

Actually, not quite. Some composite armor and perhaps a bulldozer blade could come in handy when dealing hordes of walking dead. Seriously, I am sure the Continental GT’s 6L W12 has more than enough grunt to deal with the extra cargos. In any case, now we know there is at least one man who can survive the rough, post-apocalypse world in luxury and style. Probably. 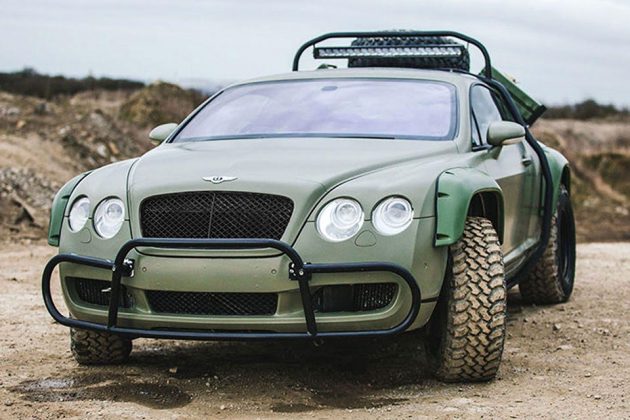 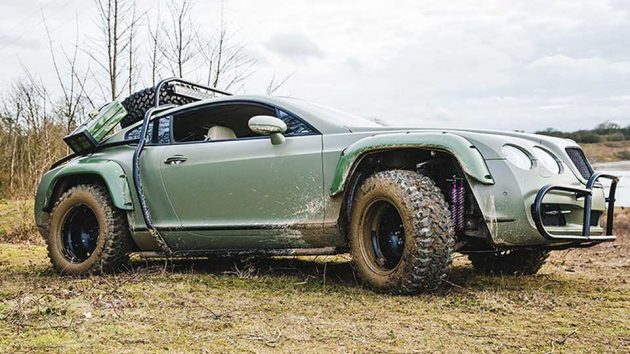 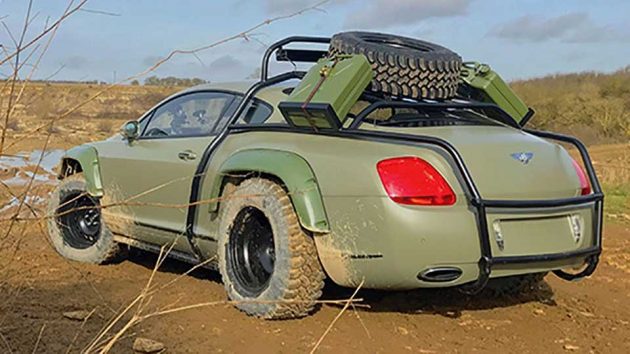