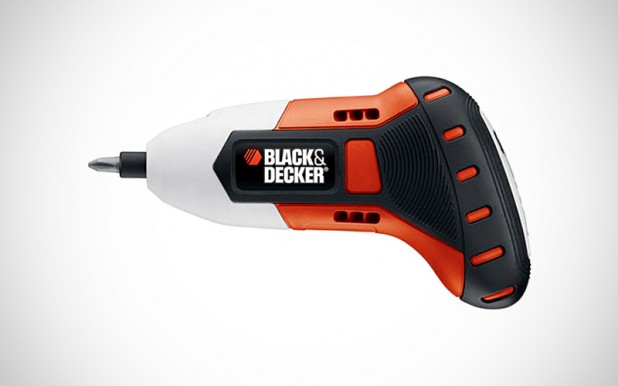 home improvement enthusiasts and professionals alike rejoiced when powered screwdrivers first arrived into the market. since then, aching forearms due to turning a screwdriver becomes a thing of the past. and we thought that was it. nothing could done to make a simple screwing job any easier but apparently, Black & Decker didn’t think so. it continues to innovate on this aspect and out the world’s first motion-activated screwdriver, dubbed the Black & Decker Gyro Screwdriver (model: BDCS40G). with the help of Gyroscopic Technology, all users have to do is to twist their wrist once in either direction to get the power screwdriver going at variable speeds – thus effectively eliminates two switches, the trigger and the directional switch/button, from a traditional powered screwdriver. though its lithium battery pack has an average life of 2 hours but when not in use, it could stay charged for up to 18 months. wow. that, my friend, is enough to impress us, let alone the motion-activated feature. how many times have you pick up a battery-powered tools and discovered, to your horror, that it has run flat? often enough, i would imagine. you can pick up one for $39.97 from October 1st, 2012 – available through Lowes, Walmart, Amazon, and Black & Decker web shop.. more views after the break.

NOW READ  Improve Your Outdoor Space With These Useful Tips