remember the time when you tried to converse with someone while blending something? almost impossible, wasn’t it? at least not without shouting at the top of your lungs. with the Blendtec Stealth, you won’t have such a problem and besides being conversation-quiet, it is chockfull of features that would make even geeks who don’t blend drool all-over. first thing that draws our attention to the Stealth is its rather odd looking upper section and that look is the result of the 360-degree sealed sound enclosure which makes conversation while blending a less strenuous affair. at the heart of the system is the commercially-proven Stealth base that conceals a direct drive motor with a ridiculously powerful 3.8 peak power that promised to blend through virtually anything without skipping a beat.

it is also the first blender to adopt the same capacitive touch control as found in the your smartphone and optimized to recognize your touch (i.e. human touch) and ignores other variables like spilled liquids and food particles to prevent disruptions or accidental triggers. additionally, the Stealth Advanced Blender also boast 42 pre-programmed blend cycles covering a wide array of blends, which is an awful lot, but if that isn’t enough for you, you can also create your own custom blend cycles online and download them into the Stealth via USB port. the Blendtec Stealth is truly a blender that pushes the boundary by combining cutting edge technologies and hardware design, and in the process, not forgetting to look good too. however, such blending of technology into kitchen hardware does come with a hefty price and in this instant, the Blendtec Stealth Advanced Blender will set you back at a cool $1,500. in case you have missed all the points prior this number, we are still talking about a blender.

NOW READ  Storage Tank Or Tankless Water Heater: How To Choose The Right One 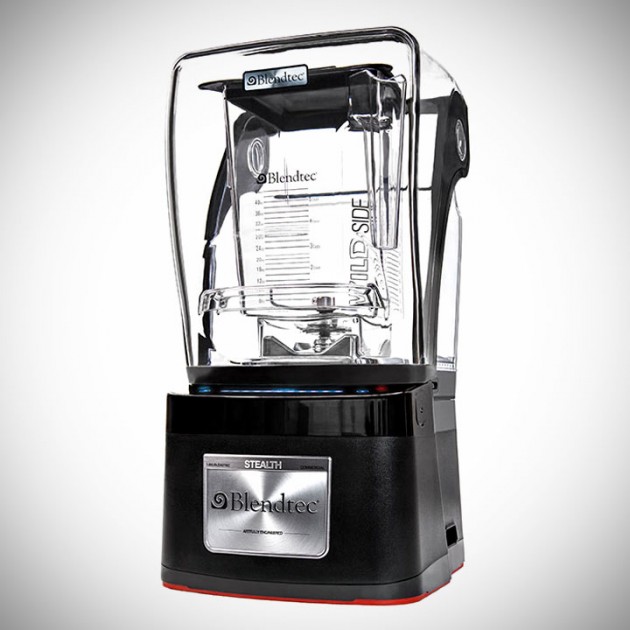