Be futuristics, BMW Vision Next 100 Motorcycle unveiled earlier today at the “Iconic Impulses. The BMW Group Future Experience” exhibition in L.A. may get you all aroused. We have seen our fair share of futuristic bikes, but this one here rewrites everything that have read and seen about bike of the future. And yes, it still has wheels though, unfortunately. Hoverbike is way further than BMW’s vision of future bike. Aesthetically, the BMW Vision Next 100 Motorcycle is probably the first bike worthy of being called exotic, because it is. I mean, just look at the form. 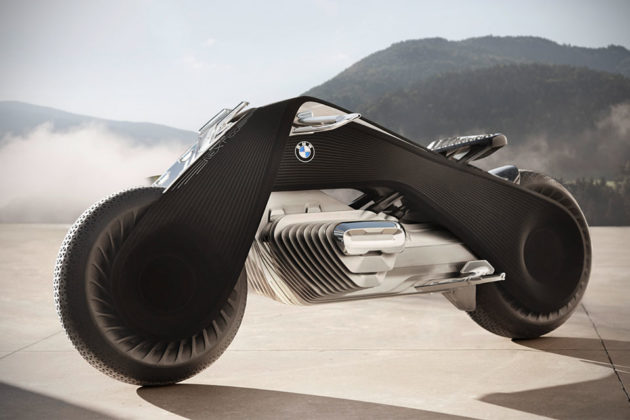 The black frame triangle pays homage to the company’s first ever motorcycle, but is, naturally, in a more futuristic form and draped in matte black textile to form what BMW refer to as “Flexframe,” a flexible frame that stretches the entire length of this two-wheeler of the future. With Flexframe, the entire frame adjusts when a turn is made as opposed to traditional joints that points the front wheel to the direction of turn. This negates the need for bearings and joints, allowing the bike to be steered in an entirely different manner. Interestingly, the amount of strength needed to steer is variable. Like for example, at standstill, less strength is required while at high speeds, more strength will be required – a concept similar to the steering system found on modern day cars. 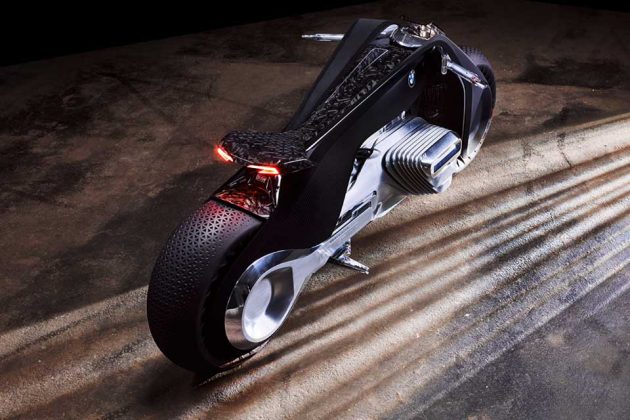 BMW said the design of the Vision Next 100 Motorcycle replaces a full fairing, which it has none, to keep rider shielded from wind and weather. As with many of future vehicle dreamed up in recent years, BMW Vision Next 100 Motorcycle is a zero-emission vehicle, though what type of drivetrain isn’t explicitly said. Do no be misled by the massive boxer engine – that’s actually where the zero emission drive unit is, and it isn’t fixed either. The ‘boxer engine’ only extends outward when the bike starts to move and retracts when at rest. The extending ‘engine’ is said to serve to boost aerodynamics (don’t ask me how) and also to protect the rider from incoming elements. 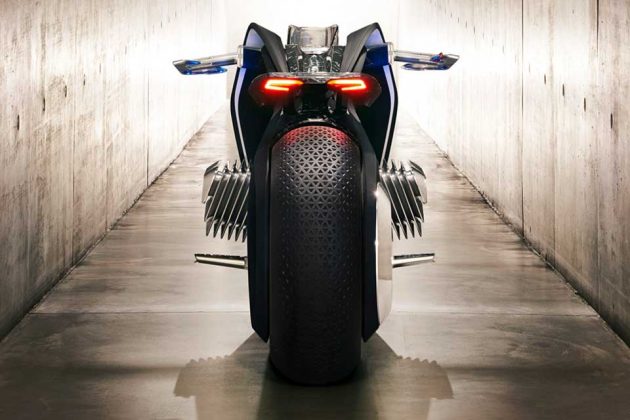 Actually there’s a ton to talk about this mind-blowing vision, but we shan’t dig to deep into it as most of the info is packaged around the usual marketing talk. The whole idea is, this is a darn futuristic bike that you and I know very well, could never be realized. How can we be so sure? Well, just take it from the Edgar Heinrich, Head of Design at BMW Motorrad:

“Normally, when we develop a motorcycle, we tend to think 5 to 10 years in advance. On this occasion, we looked much further ahead and found the experience especially exciting. There are some very attractive prospects. I firmly believe the BMW Motorrad VISION NEXT 100 sets out a coherent future scenario for the BMW Motorrad brand.”

Anywho, if the aforementioned doesn’t sound a whole lot futuristic to you, then try these: this bike self-balances too and it has bike metrics are digitally displayed on a high-tech visor as opposed to traditional instrumentation. And oh, it has a safety system so sophisticated that it actively protects the rider, thus relegating protective equipment like helmets and body protectors to the history books of motorcycling. Wait, there’s more. It also has a special suit that is both a fashion statement (but that’s subjective, really) and high-tech. 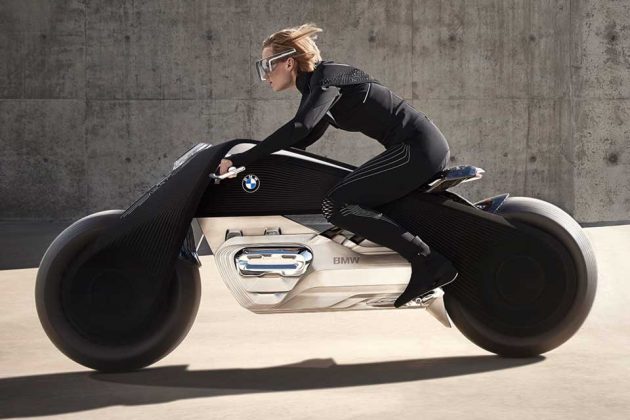 The suit is adaptive, keeping the wearer cool or warm depending on the given conditions and the wearer’s bodily metrics like body temperature. And yes, the suit monitors your health too. Crazy right? It sure is and that’s only half of the story. It even has built in vibrating elements, in areas like the arms and legs, that can be used as navigation instructions or alert you when the banking angle becomes critical. Also it has a bunch of ventilation, and finally, it boasts an inflatable neck section that will offer extra support for the upper vertebrae at high speeds.

Now that, my friend, is one serious future-looking package. But as said, we won’t hold our breath for it. Perhaps several generations after me will get to enjoy such sophistication – that’s if BMW is still around and the world is still intact. 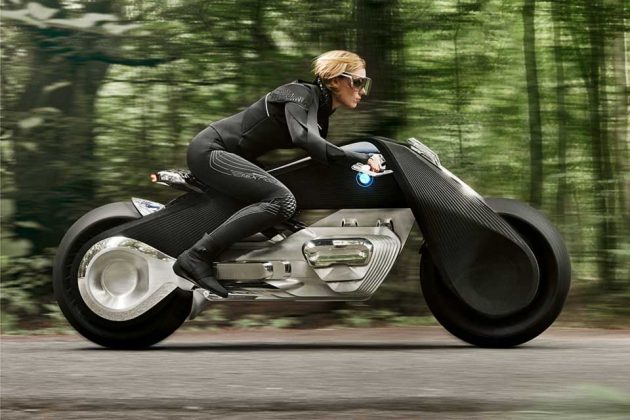 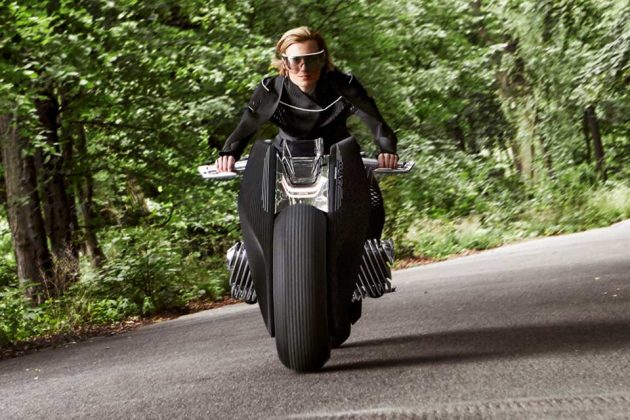