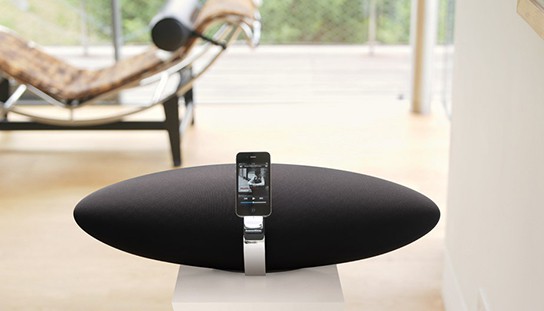 the new Zeppelin Air gives you freedom to play music from your iOS devices wirelessly without docking your devices. the speaker system makes use of Apple’s AirPlay technology to wirelessly stream music from your iOS device to the Zeppelin Air and it also works with your PC or Mac running iTunes. essentially, the exterior of Zeppelin Air looks much like its predecessor but has a revamped innards comprising of a redesigned drive unit, upgraded amplifiers and added two amplifiers on each of the five speakers which are separately driven. another notable features is the improved signal processor and an added audiophile digital to analog signal converter.

the Zeppelin Air also supports multi-room setup where more than one Zeppelin Air can be placed in different part of the house. user can choose to play from one or all Zeppelin Air placed around the house. besides ipod/itunes music, it is capable of streaming from wide variety of audio such as itunes video stream, youtube video stream, internet TV stream, including music making apps. while streaming from a computer, the iOS devices also function as a cool touch-screen remote control to control your playback, and for multi-room setup, user can select one room or all rooms to fill with music from the Zeppelin Air.

strangely, B&W still keep the physical dock on the speaker which, i thought, looks rather awkward without iOS device docked. perhaps, the provision was made for those who still prefer to dock their device to the speaker. a provision which kind of redundant since you can put your iOS device anywhere other than on the Zeppelin Air itself. the Zeppelin Air AirPlay works with iPad, iPhone 3GS/4, 2nd to 4th generations iPod Touch with at least iOS 4.2 and iTunes 10.1 installed on your iOS devices and computer, respectively. 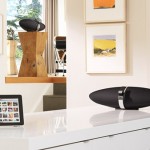 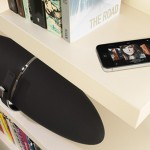 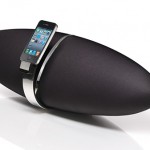 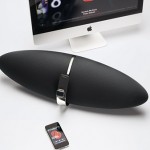 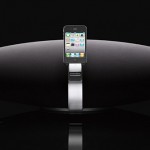 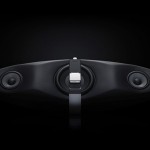