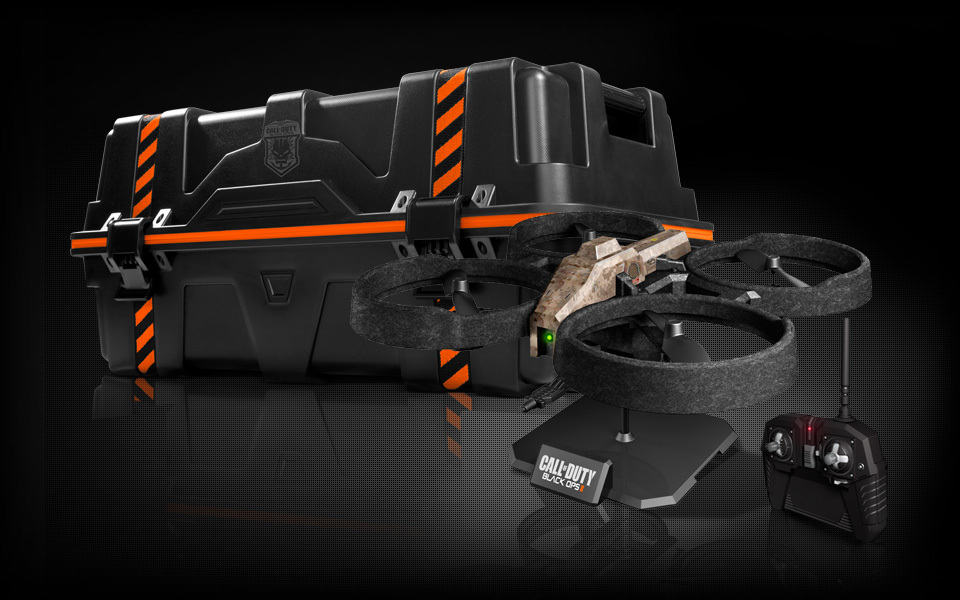 if you think the Call of Duty: Black Ops Special Edition was cool, wait till you read about the Call of Duty Black Ops 2 CARE PACKAGE. the predecessor’s video camera-equipped car was no doubt awesome but this time, its maker has it take this special collector’s edition a notch up the sky, literally. the Call of Duty Black Ops 2 CARE PACKAGE, as it is called, comprises of an RC MQ-27 DragonFire Drone as featured in the game – without the deadly arsenal – of course, a two-sided Steelbook, collectible challenge coins, official soundtrack by Jack Wall – all of these goodies stashed inside a ultra-manly, military-style box. also included are exclusive Xbox LIVE CLAW Avatar Props and Zombies Avatar Props (Dynamic Multiplayer Theme and Zombies Theme for Playstation 3 version), and bonus in-game content including Nuketown Zombies Bonus In-Game Content, Nuketown 2012 Bonus Multiplayer Map, exclusive weapon camo, multiplayer player card background, as well as zombies player card background. available for both Xbox 360 and Playstation 3, the Call of Duty Black Ops 2 CARE PACKAGE is available for pre-order for $179.99. in case you missed it, a product trailer is available for your viewing pleasure after the break.

Call of Duty via joystig