This year saw some record breaking cold in some countries. Even in tropical countries like Singapore, where heat between 29-36 degrees Celsius (84-97 Fahrenheit) is a norm, it saw a record 21+ (70 Fahrenheit) temperature. You can only imagine if a cold spell were to hit a country that is already known for pretty crazy winters. One such country would be Canada, particularly in Montreal in the state of Quebec, where it experienced a colder-than-usual temperatures over last few months. With the cold, comes the abundance of snow and in the case of Montreal, a resident, machinist and woodworker Simon Laprise, took the opportunity to have some fun.

What Laprise did was, he made use of the mountain of snow to sculpt a life-size car that looks like a car parked along the roadside, covered in thin layer of cold, white powder. It was so real that it managed to fool the police even before the snow guys came along the next day. During the night, police can be seen checking out this supposedly snow-covered car because, it happen to be “parked” in a snow removal zone during a scheduled plow routine to clear the thickening snow.

The law enforcement officers must have had a good laugh that made their night shift work a lot bearable in this extreme cold weather because, when they realized it was an actual car, the police issued a handwritten note saying “you made our night hahahahaha” and ends with a smiley emoji. That wasn’t it. The two police officers also visit Laprise the next morning, just to satisfy their curiosity of who made that snow masterpiece. Sadly, as real as the snow car was, it did not last long; it was obliterated by the snow plow in the next morning. No news if the snow plow operator did hesitated when they stumbled upon Laprise snow car sculpture. 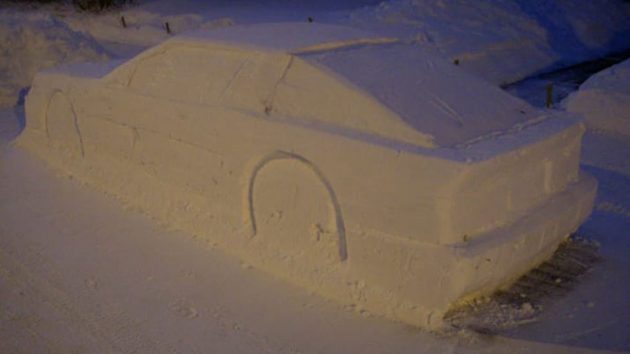 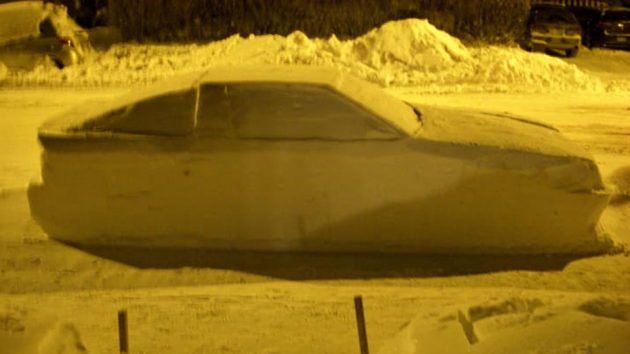 Images and source via BuzzFeed.